Please ensure Javascript is enabled for purposes of website accessibility
Log In Help Join The Motley Fool
Free Article Join Over 1 Million Premium Members And Get More In-Depth Stock Guidance and Research
By Rich Duprey - Jan 30, 2020 at 11:20AM

Market expectations have been muted as competition continues to press in on the speaker maker.

After implementing several smart strategies over the past few months to grow speaker sales, Sonos (SONO 3.78%) has seemed to go in the other direction with a couple of several tone-deaf moves that angered some consumers.

While its good actions undoubtedly outweigh whatever bad feelings its most recent policy decisions caused, in the highly competitive smart speaker market, companies don't have much room for missteps. As Sonos prepares to issue its first-quarter earnings report on Wednesday, Feb. 5, let's take a look at what's at stake for the high-end sound specialist. 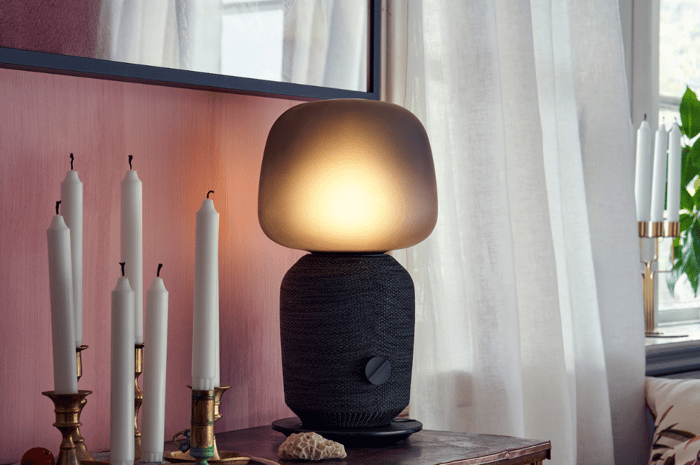 More than a year after its IPO, Sonos stock still trades below its offer price of $15 per share as the market has had a difficult time reconciling the high price of its sound system components in a space where Amazon.com (AMZN 3.58%) and Alphabet's (GOOG 5.20%)(GOOGL 5.11%) Google are flooding everyone's living room with low-cost alternatives.

Sonos sought to meet the challenge when it partnered with IKEA to have its speaker technology included in some of the Swedish furniture maker's products, like a lamp and wall shelf. Offering dual functionality, a sleek design, and an affordable price seems to be a good combination and demand has been reportedly robust.

It followed that bit of smart marketing with a rental program to allow cash-starved audiophiles rent a speaker package for a low monthly cost, but be guaranteed software updates and hardware upgrades when they became available. Although it's only currently being offered in the Netherlands, it seems likely this option could prove very popular, which would allow it to eventually be expanded into more countries.

Revenue building to a crescendo

The programs all seem to be paying off. Revenue from Sonos' Asia Pacific region, where the company recognizes revenue from its Ikea partnership, soared to 163% in the fourth quarter, on top of the 168% year-over-year growth it recorded in the third quarter.

While some of that will be due to ramping up the manufacture of the speakers for which it was paid in advance of the furniture line hitting the market -- meaning we may see those gains moderate -- investors should still keep an eye on the revenue figure because it may provide a glimpse into whether demand remains strong.

Sonos has reported annual revenue growth of 10% or more for over a decade and 2019 was the third consecutive year it exceeded its financial targets of both 10% revenue growth and 20% growth in earnings before interest, taxes, depreciation, and amortization (EBITDA). In 2019, those metrics were up 11% and 28%, respectively.

A cacophony of controversy

Which is why some seem to think 2020 is getting off to a somewhat rocky start. In short order, Sonos has:

Suing Alphabet for patent infringement is fraught with risks since its speakers rely upon both Google Assistant and Amazon's Alexa for connectivity, which it could lose if either company (or both) yank their technology from Sonos speakers.

The other two actions ensure that the oldest technology is retired while the latest technology provides an optimal user experience, but the company didn't communicate that clearly and there was tremendous consumer pushback. Sonos, however, has proved willing to listen and make changes where possible.

Sounds good to me

In short, Sonos' problems are minimal while its advantages should help minimize the competitive threats it faces. Analyst consensus estimates forecast revenue rising nearly 10% to $542 million, though earnings of $0.47 per share is a 14% drop from last year.

Sonos doesn't provide quarterly guidance, only offering a full year outlook, and its midpoint forecast is within its targeted range. It's likely the high-end speaker technology company will have encountered a few hiccups in the quarter, but it sounds like it ought to be on track for additional growth.