Record sales at HOKA ONE ONE and steady growth at UGG drove a strong quarter for Deckers Outdoor.

The company reported increased sales from its HOKA ONE ONE and UGG brands and talked up the growing popularity of Fluff.

The stock was up about 9.5% Friday at 2 p.m. Prior to the earnings report, the stock had returned 14% over the past six months. 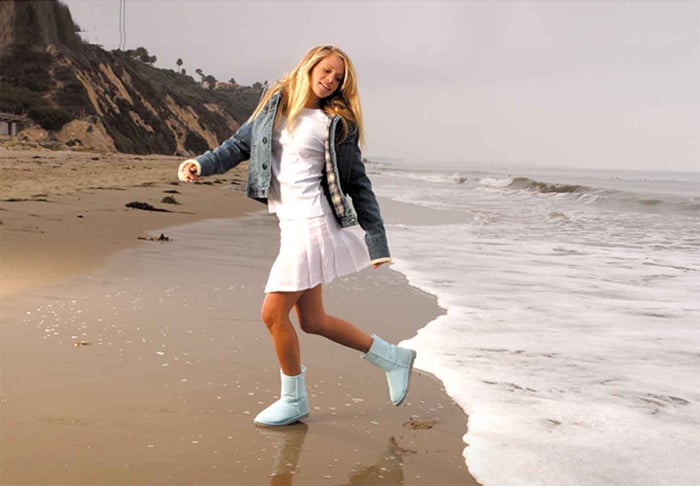 The company highlighted these brands in its press release.

HOKA ONE ONE's success continues to be boosted by effective marketing and well-positioned products. CEO Dave Powers said during the conference call with analysts, "The third quarter featured the launch of the HOKA brand's 'time to' campaign, which tells real stories of human experiences with HOKA. The campaign kicked off with the 'time to reimagine' video, which has garnered significant impressions across social platforms, helping drive more than a 50% increase in brand search interest, according to Google Trends."

HOKA doubled the number of direct-to-consumer purchasers age 18 to 34, according to management, which highlighted the Rincon and Carbon X styles. The brand also introduced the Speedgoat 4, an update to its popular flagship trail-running shoe. HOKA also had success with the launch of Tor Ultra, a collaboration with trendy lifestyle brand Opening Ceremony. Executives see continued international growth potential for the brand, as HOKA units sold internationally eclipsed domestic units sold for the first time in the quarter, though international sales for the company overall were down year over year.

In the UGG segment, the company reported strength in the men's, women's, and kids' segments. The company credited an 8% jump in U.S. sales with driving UGG's growth and offsetting a decline in international sales.

Powers also highlighted the Fluff franchise and said the company has "a lot of innovation in the pipeline that we think is going to be really exciting and expanding that franchise beyond just the current use occasion and also eventually getting some traction in the men's business as well."

Deckers has a lot going on with its brands, making it a company worth watching.