Please ensure Javascript is enabled for purposes of website accessibility
Log In Help Join The Motley Fool
Free Article Join Over 1 Million Premium Members And Get More In-Depth Stock Guidance and Research
By Jon Quast - Feb 5, 2020 at 9:13AM

Short sellers seem to like betting against this market-beating company.

Shares of pet insurance company Trupanion (TRUP -3.82%) plunged 14.8% in January, according to data provided by S&P Global Market Intelligence. This drop gave back some of the stellar gains the company had to close out 2019, when shares rose 44% in November and another 10% in December.

While there wasn't any real news for Trupanion in January, there's good reason to believe that some of the gains in 2019 resulted from a mini short squeeze. Therefore, January's drop is attributable to a decrease in the temporary demand created when short sellers covered their positions. 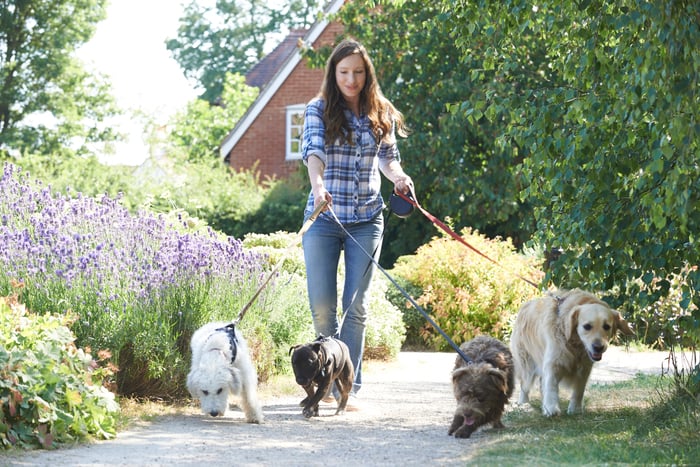 Trupanion blew past estimates when it reported third-quarter 2019 earnings in November. Total quarterly revenue grew 27% to $99.3 million. But earnings per share (EPS) was the real surprise. Analysts expected a $0.02 loss, but the company reported a $0.02 EPS gain. That must have shocked traders, as around 35% of shares were sold short at the time.

Seasoned investors have likely seen higher short interest before, but 35% is particularly potent for Trupanion. That's because the stock has low volume. When volume is low for a stock, it takes longer to cover a short position. Because of Trupanion's low volume and high short interest, days to cover peaked at a whopping 56.8 in December, according to data from Nasdaq. The amount of shares sold short steadily decreased in November and December, before bottoming out in the first half of January.

Trupanion's stock didn't fall throughout January, but rather dropped from Jan. 8 to Jan. 10. Short interest data is released twice a month. Data on Jan. 15 showed short interest in Trupanion began increasing again during the first half of January -- coinciding with stock's drop. This indicates that demand for the stock increased while short sellers were covering at the end of 2019, but the temporary demand created by short sellers ended sometime in the first half of January.

I want to be clear that not all of Trupanion's gains in 2019 are attributable to a short squeeze. To the contrary, the company reported solid results that beat expectations. That's genuine reason for long-term investors to remain bullish and not be distracted by temporary volatility. Indeed, the stock has already recovered 8% from January lows, as investors await this high growth company's fourth-quarter earnings on Feb. 13.

Why Trupanion Has a Huge Growth Runway

Why Trupanion Stock Gained 14.3% in February