A deal with its biggest shareholders has investors feeling upbeat about the coal miner's prospects, before the "it's a coal miner" reality kicked in.

Shares of coal miner Peabody Energy (BTU -1.01%) were on fire on Wednesday, gaining more than 31% at one point before closing with a strong 26% gain. However, today the market has reversed course, with shares down more than 9% in early afternoon trading.

Wednesday's surge came on the heels of two announcements. The first was the company's first-quarter financial and operating results, which are usually the catalysts when a stock moves this much on a single day.

In Peabody's case, however, it was the second announcement that seems to be providing the majority of investors' optimism: The company reached an agreement with Elliott Management, a fund manager with more than $40 billion in assets under management that is by far Peabody's biggest shareholder. 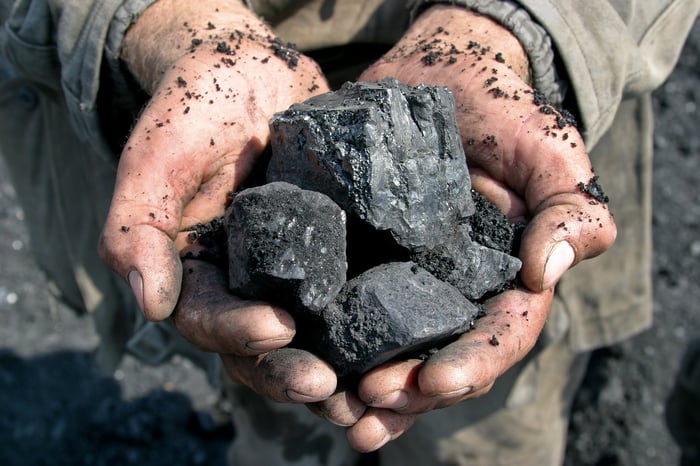 Under the agreement, Peabody announced it was appointing three new members to its board of directors: two high-ranking Elliott Management executives in Dave Miller and Samantha Algaze, along with coal industry veteran Darren Yeates. The press release also said they had agreed to appoint one more new board member with extensive mining operations experience, "to be jointly identified" by the two companies.

The two parties also entered into a cooperation agreement that defines Elliott's ability to appoint board members, and creates additional guidelines that should help Peabody and Elliott move forward in a mutually beneficial manner.

This is a decidedly good move for Peabody, which is now fully aligned with its biggest shareholder. It should also prove to be a positive for Elliott and its investors, and for common shareholders as well. Moreover, Peabody has taken steps to improve its business and balance sheet. Despite the significant GAAP (generally accepted accounting principles) losses it just reported, Peabody generated positive operating cash flow and modest free cash flow last quarter as most of its losses were related to noncash items.

With that said, this is still a giant coal miner, with all the challenges that entails. While there's some optimism in the U.S. with the Trump Administration's deregulatory actions, natural gas remains the preferred fuel for power utilities for a litany of reasons that less regulation won't change. Moreover, the global thermal coal market is likely to see constant ongoing pressure, because the rest of the world is making carbon emissions reduction a priority.

Put it all together, and while Peabody has a path forward and seems likely to remain a viable business for years to come, investors would likely enjoy better returns by avoiding the entire sector. A better place to look? Renewable energy stocks offer a way to gain exposure to similar end markets as Peabody does, but with far better prospects for long-term profits.