Shake Shack (NYSE:SHAK) shareholders outperformed the market last month as their investment rose 13% compared to a roughly flat result for the S&P 500, according to data provided by S&P Global Market Intelligence.

The boost added more room between the better-burger chain and the wider market, although shares are still well below their recent peak in early September 2019. 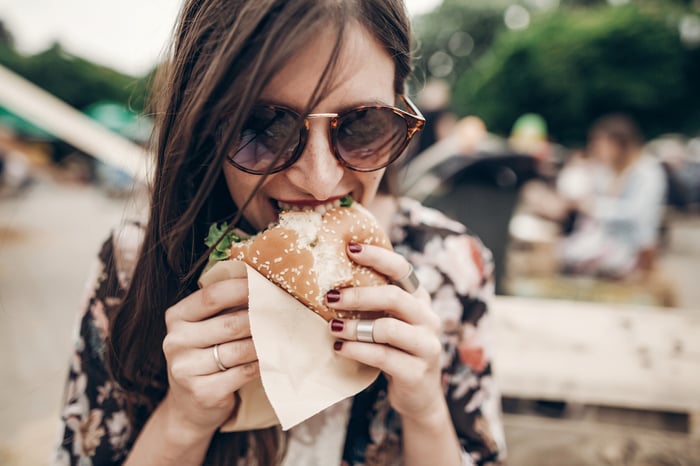 January's boost came as Wall Street found reasons to get excited about the stock's growth potential. Following the restaurant chain's investor presentation on Jan. 14, shares rallied on hopes that Shake Shack might eventually exceed management's long-term footprint goal of about 450 locations. The company is branching out into smaller store profiles and more home delivery, a model that has worked well for companies like Domino's (NYSE:DPZ).

Lots of challenges stand in between Shake Shack and that bright future, including a competitive restaurant industry and a flood of rivals in the delivery space. Its more immediate problem is sluggish customer traffic growth at existing locations. Without a firm base of rising demand in established restaurants, the case for aggressive store expansion is weak at best. Investors will get important information on that score when Shake Shack issues its fourth-quarter report on Feb. 24.