Please ensure Javascript is enabled for purposes of website accessibility
Log In Help Join The Motley Fool
Free Article Join Over 1 Million Premium Members And Get More In-Depth Stock Guidance and Research
By David Jagielski - Feb 9, 2020 at 8:00AM

These shares may not stay this cheap for long.

Dividend stocks that are also good values give investors the opportunity to profit through dividend income as well as through capital appreciation. The three stocks listed below not only pay dividends that are yielding around 3% per year, but they're also cheap and have earnings reports right around the corner.

Strong quarterly results could send these stocks rallying this month, so these deals may not last for long.

CVS Health (CVS -5.17%) is expected to report its fourth-quarter earnings for fiscal 2019 on Feb. 12. The company is coming off an impressive showing in November when its third-quarter results beat analyst expectations for both revenue and earnings, as CVS also announced that it would be raising its guidance. Although it initially got a boost from the results, the stock is about where it was three months ago. That's good news for investors who want to buy it today since it's trading at a forward price-to-earnings ratio of just 10. And at a price-to-book multiple of just 1.5, it's an appealing buy for value investors.

There is some risk, however, now that the company also owns health insurance provider Aetna. The stock's exposure to the uncertainty surrounding healthcare policy heading into a presidential election this year does add some risk and could explain CVS' modest valuation. But it's too early to attempt to predict what may or may not happen, and healthcare reform is not a quick or easy process. Today, there's still a lot to like about CVS, including the company's recent launch of its HealthHUB clinics, which could be a strong source of growth. 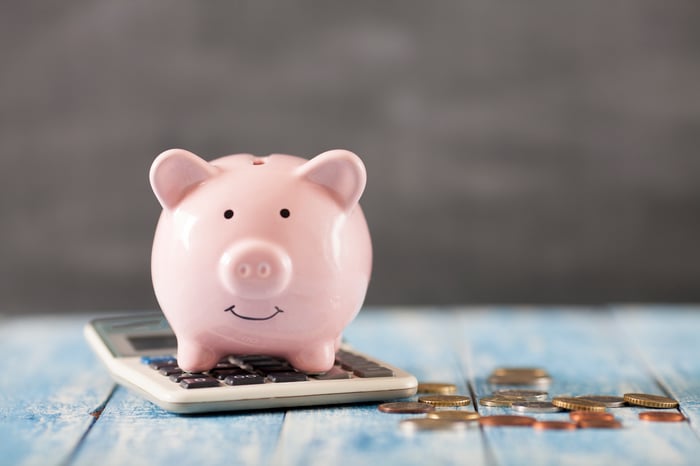 Currently, CVS pays investors a quarterly dividend of $0.50, and today that yields 2.8% per year. The last time the company raised its payout was in 2017.

Cisco (CSCO -3.89%) will report its second-quarter earnings on the same day as CVS will release its results, and it's another cheap dividend stock investors can add to their portfolios today. Cisco provides customers with a wide array of tech products and services, including networking hardware, firewalls, phone systems, and it also has software to help manage data centers and cybersecurity.

Cisco is a big name in tech and it's not often that you can invest in a top stock in the industry and still secure a recurring payout in the process. But with Cisco paying its shareholders a quarterly dividend of $0.35, you can earn 2.9% per year just from the company's disbursements. Unlike CVS, Cisco has increased its payout in recent years. Five years ago, the stock's quarterly payments were just $0.19 and have nearly doubled since then, averaging a compound annual growth rate (CAGR) of 13% during that time.

Although the company beat expectations in November when it released its first-quarter results, the problem is that Cisco's growth is slowing and its top line was up just 2%. But with software subscriptions making up more than two-thirds of the company's sales, there's a lot to like in Cisco from a stability standpoint. And while growth investors may turn away from the stock for its lack of revenue growth, it's an attractive buy for dividend investors.

The stock currently trades at a forward P/E of 14 and a PEG of just over 2. PEG, or price-to-earnings-growth, divides the current P/E multiple by the rate at which analysts expect the company to grow at over a longer stretch of time, typically five years. It's a way to gauge whether the stock is well-priced given what its future looks like. The lower the PEG, the better of a buy the stock is.

Like CVS, Cisco's stock has been mediocre over the past three months, rising just 1%, well short of the S&P 500's return of 9% during that time.

Magna International (MGA -1.89%) has an earnings call scheduled for Feb. 21 to discuss its year-end results. The company is coming off a disappointing third-quarter performance where its revenue was down 3.1% from the prior-year period because a strike involving General Motors factories weighed on Magna's results. The company also trimmed its guidance for the remainder of the fiscal year as well.

The Canadian-based auto parts supplier has performed the worst of the stocks mentioned here, falling 9% in three months, going in the opposite direction of the S&P 500. In addition to underwhelming earnings numbers, concerns surrounding tariffs and exposure to China are just some of the reasons investors may be hesitant to buy up shares of Magna. But with the stock trading at a forward P/E of just 8, investors who are willing to take on some of that uncertainty could find themselves with a bargain buy.

If nothing else, Magna can be a great source of dividends, currently paying its shareholders $0.365 every quarter and yielding 2.9% per year. Like Cisco, it has also increased its payout over the years, raising it by 65% in four years, and averaging a CAGR of 13.5%

Which stock is the best buy of the three?

All of these stocks are attractive buys today, but if you're looking to minimize your risk, Cisco is likely the best one. With a strong base of recurring revenue and relatively low risk in the tech industry compared with healthcare and automotive, Cisco looks to be the safer, more predictable investment to hold. And with a whopping $14.8 billion in free cash flow generated over the past 12 months, there's plenty of room for the stock to continue raising its dividend for the foreseeable future.