Please ensure Javascript is enabled for purposes of website accessibility
Log In Help Join The Motley Fool
Free Article Join Over 1 Million Premium Members And Get More In-Depth Stock Guidance and Research
By James Brumley - Updated Jun 23, 2020 at 8:33AM

They're not nearly as fun to talk about at cocktail parties, but these proven workhorses are still very affordable picks.

If the volatility most growth stocks have dished out in recent weeks has produced more personal anxiety than actual portfolio gains, it may be time to take a step back. That doesn't mean you should remain in the market. It just means you may want to think about changing strategies. Namely, rather than chasing what looks like the next hot stock, scoop up a few value names and let time do the work for you.

And yes, there are still some value names out there despite the market's meteoric rise since its March low. Here are three to help you get started on your search. 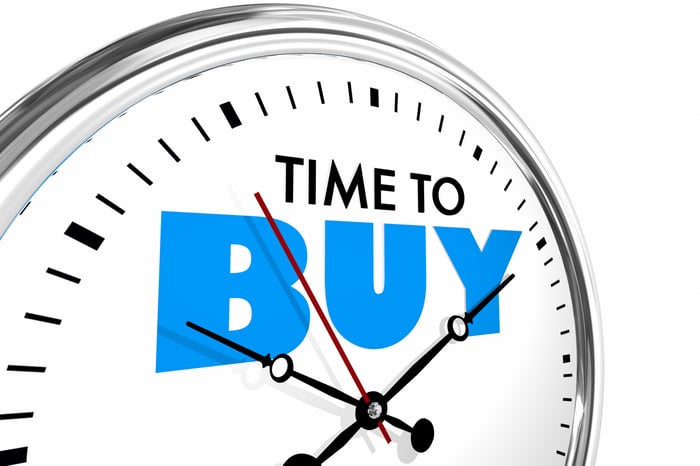 Technology names aren't often seen as value picks, but networking giant Cisco Systems (CSCO -0.54%) is an exception to that general rule. Its trailing price-to-earnings (P/E) ratio is a palatable 17.3, while the stock's currently trading at a little more than 14 times next year's projected earnings.

The market's not giving Cisco shares a terribly lofty valuation for one key reason -- there's very modest growth here. Not only is Cisco a big company with tough historical comparisons of its own to top, most other players in the business are first and foremost trying to topple the industry leader.

Still, it's a solid pick because Cisco has been able to adapt in ways that will allow it to hold its position in the networking race. One of those adaptations is the introduction of so-called white box solutions, or hardware that allows data center operators to use it with their own custom-designed software as opposed to Cisco's systems. The other adaptation that makes Cisco a compelling value prospect is its increasing degree of recurring revenue. As of the end of its most recent reported quarter, subscriptions accounted for 74% of the company's total software revenue. Hardware is still its bread and butter, but a little consistent income can smooth out otherwise choppy sales. 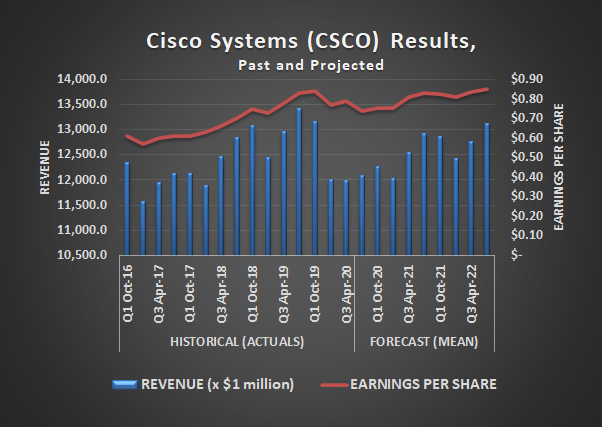 Morgan Stanley was cheap before, and is still cheap

Like most of its bank and broker peers, Morgan Stanley (MS -1.05%) shares were hammered during the February-March sell-off. All told, the stock lost nearly half of its value in the span of about a month, as investors feared the worst of the COVID-19 outbreak in the United States.

The majority of that sell-off has been undone, as the market slowly but surely realizes life can go on even while we're figuring out how to end the pandemic. Although this year's top line is projected by analysts to slump to the tune of nearly 10% in the wake of the coronavirus's spread, that headwind is more of a logistical than a structural one. Those same analysts are calling for revenue growth of more than 7% next year, matched by a similar earnings rebound that will be muted mostly because interest rates are likely to hover at their near-record lows for the foreseeable future.

More importantly, Morgan Stanley is still a dirt-cheap stock now because it was dirt-cheap even before it began to tumble in February. New investors are not only paying a little more than 12 times 2021's estimated earnings, they're stepping in when the reliable dividend translated into a yield of just under 3%. 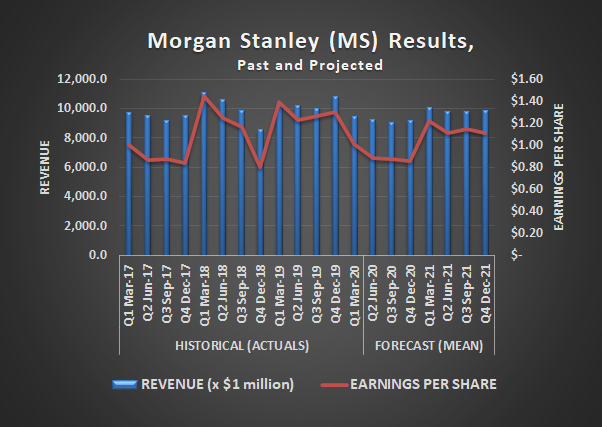 Bristol-Myers Squibb, for after COVID-19

Finally, add Bristol-Myers Squibb (BMY 0.05%) to a short list of value stocks to buy, if you're on the hunt.

The COVID-19 epidemic has not only sent drugmakers scrambling for a treatment, but sent investors on something of a scavenger hunt as well, trying to figure out which company will be first to the market. Bristol-Myers Squibb was initially caught up in the frenzy, even though it's not actually in the coronavirus R&D race. That's largely why its March rebound petered out in the middle of May, setting up the pullback we've seen in the meantime.

That may ultimately prove to be a mistake among those investors singularly focused on figuring out which pharma name will deliver the first coronavirus solution. Once COVID-19 is gone (one way or another), so is the opportunity. At that point, it's back to business for the pharmaceutical industry, which enjoys bigger and more sustained opportunities on other fronts. 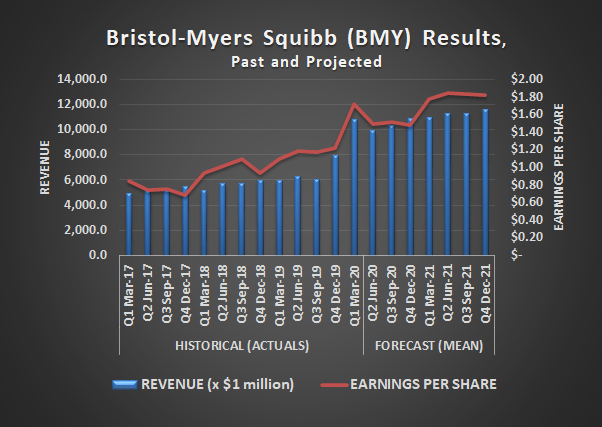 Bristol-Myers Squibb has remained more focused on those other fronts. Although the advent of COVID-19 has forced the company to suspend some clinical trials at the same time it's disrupted the supply chain of some of its drugs, once the pandemic is over, life will more or less return to what it was before the coronavirus took hold. That's a world where Bristol-Myers Squibb's cancer-fighting blockbuster Opdivo was lined up for several expanded usage approvals, where its half-owned Eliquis is the world's second best-selling drug, and where its immunology drug Orencia is still coming on strong with revenue growth of 10% last year.

Investors can buy into that pipeline and portfolio's growth for a modest 10 times next year's projected bottom line.