The failed launch of "Warcraft III: Reforged" could be a costly mistake for a game studio that relies so much on a few big brands.

Activision Blizzard (ATVI -0.51%) is one of the world's largest video game publishers with a wide assortment of titles for sale, but its continued success has for years depended on a remarkably small group of franchises.

Its Activision division has ridden Call of Duty's yearly release schedule to nearly $20 billion in sales since 2003. Mobile studio King, which Activision acquired in 2016, has made Candy Crush a franchise that rivals (or even surpasses) Electronic Arts' Angry Birds.

The Blizzard segment may have other top-selling titles, but for over a decade, its cash cow has clearly been the Warcraft universe of games. For over 25 years, Blizzard has carefully cultivated a reputation for delivering a small number of accessible -- but extremely polished -- titles. Warcraft has been a critical part of this long-running brand-building effort.

However, the uncharacteristically sloppy release of the recent Warcraft III: Reforged risks eroding fan goodwill. If the Blizzard division loses the loyalty of its longtime fans, could it -- and its Warcraft universe, by extension -- become a drag on Activision Blizzard's long-term growth?

Let's take a look at the problem, and what it might mean for investors in this tech company. 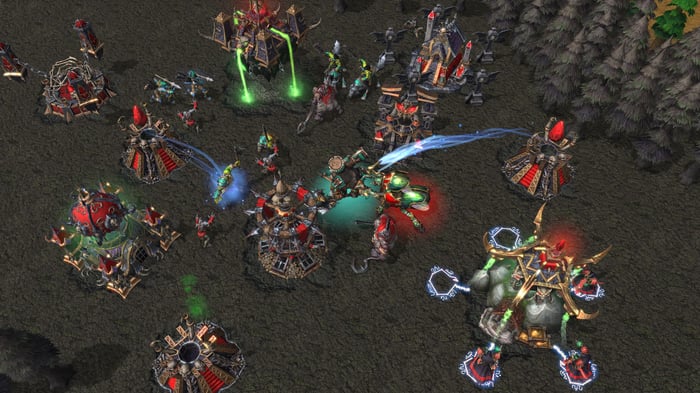 The reaction toward the two games has been starkly different so far.

Reforged, which dropped late last month, infuriated so many fans that it now holds the lowest user score of any game ever tracked by Metacritic. Reviewers savaged Reforged's bugs, its lack of promised visual and narrative updates, and its draconian efforts to control player behavior.

When your business is built on the strength of a few franchises, you'd better make sure you're giving your customers what they want and expect from those franchises.

Since the Warcraft III release in 2002, Blizzard has released only one game that might be considered "original": Overwatch. And until Hearthstone (a digital card game set in the Warcraft universe) was released in 2014, none of Blizzard's releases captured the same recurring revenue streams that made World of Warcraft such a steady juggernaut.

Overwatch's microtransaction-driven revenue model seemed to offer a way for Blizzard to finally diversify away from the slowly declining revenue of WoW. At the end of Overwatch's release year in 2016, Activision's Q4 earnings presentation noted, "over 60% of [Blizzard] segment revenues [are] from non-World of Warcraft franchises."

It was the first time Activision had so starkly attempted to minimize WoW's importance. But since then, this language hasn't cropped up in any more earnings reports. Activision's 2017 report offers minimal data on individual titles and instead provides revenue and monthly active user (MAU) data on a segment wide basis. Blizzard's MAU trend doesn't seem especially promising when viewed over several years:

A long-term MAU decline, combined with the abysmal reception for (what should've been) a fairly straightforward update to an 18-year-old game, is not at all good news for Activision Blizzard.

The Blizzard segment's MAUs have been in decline ever since Activision began reporting this figure four years ago. This worrying trend, combined with another year-over-year decline in segment revenue per MAU, points toward growing consumer franchise fatigue with the company's Warcraft series.

Activision's own Guitar Hero is a prime example of video game franchise fatigue. From 2005 through 2008, the Guitar Hero franchise was a massive hit. Each new title typically sold millions of copies per platform. But by the time Guitar Hero 5 dropped in mid-2009, there were already 12 other Guitar Hero titles available -- four primary titles and eight genre- or band-focused expansions. Guitar Hero: World Tour, released in 2008, sold about 11.6 million copies across all platforms. Guitar Hero 5 sold 4.9 million copies.

Activision put the franchise on hiatus in 2010 after further disappointing releases but revisited the series once more with Guitar Hero Live in 2015. It sold 3 million copies, a further decline from Guitar Hero 5. Activision shut down Live's "Guitar Hero TV" servers in 2018, depriving fans of most of the game's playable content and effectively killing the series for good.

Franchise fatigue with Warcraft is especially problematic for Blizzard. Its other franchises either lack recurring revenue models at their cores, can't maintain the annual release cadence of other Activision games like Call of Duty, or they simply don't have WoW's longevity.

Hearthstone has only been around for six years, but it's already released 17 expansions and adventure packs. These frequent updates force players to regularly buy new card packs to remain competitive. Keeping up with multiple expansions every year can be costly. A 2019 Polygon article calculated that buying enough card packs to get all the right cards for Hearthstone's 2018 expansions would've cost a player about $463. A WoW subscription can cost $180 per year, but it offers full unrestricted access to all of WoW's features and challenges. 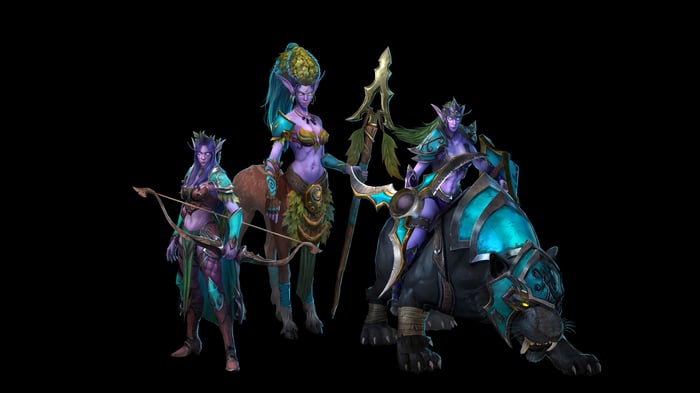 Hearthstone's popularity on Alphabet's YouTube has also plummeted since 2015, and each successive expansion seems to be greeted with less interest on video game streaming platform Twitch (owned by Amazon), as well. Since many players watch streams or videos to learn each new expansion's tactics and card effects, declining viewership can serve as a rough proxy for Hearthstone's popularity.

Can Blizzard gain back its fans' trust?

Franchise fatigue happens for many reasons. With Guitar Hero, Activision simply shoveled out far more releases than consumers wanted or needed. With Blizzard's Warcraft franchise, the issue might come down to perceptions of quality.

Blizzard was once notorious for scuttling promising games in development, like the action-shooter MMO concept Titan (which helped inform Overwatch), a Warcraft-based adventure game, and an Assassin's Creed-like stealth action game set in the StarCraft universe. These high-profile cancellations added to Blizzard's mystique, but the botched Reforge launch could have the opposite effect.

Blizzard's loyal fanbase might be less inclined to buy its planned releases if they can no longer expect Blizzard to uphold its reputation for quality, or its commitment to the player experience.