Mobile is hot and esports is hitting the ground running for the game franchise.

Activision Blizzard's (ATVI -0.65%) impressive fourth-quarter results were driven by continued engagement in the company's Call of Duty franchise, and that's just what management was hoping for. The company has a lot riding on Call of Duty because it's doubling down on the game being released across multiple platforms. Mobile and esports were recently added to the game's portfolio, and in 2020 the hope is that the game will get a new life.

As engagement in legacy titles like Candy Crush and World of Warcraft starts to wane, Activision Blizzard needs to find ways to drive growth. We may be seeing signs that Call of Duty can do the job. 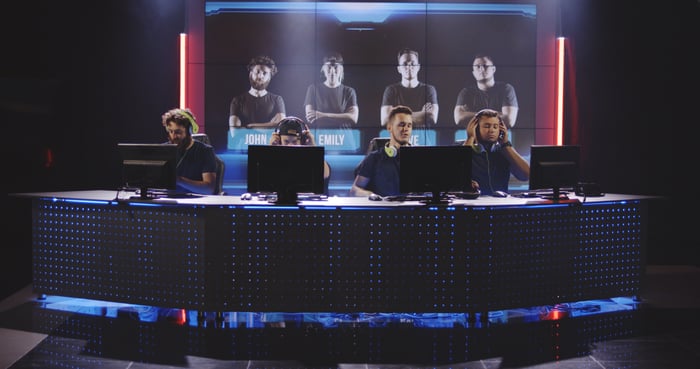 The harsh reality is that console games are losing momentum in the market today. I noted last fall that a Call of Duty launch has gone from a $1-billion-plus event to $500 million in just a few years, with engagement declining slowly as well. Activision Blizzard is losing console customers to PC games and more-convenient mobile games, which are close at hand all the time.

In response to the industry trends, Activision Blizzard launched Call of Duty: Mobile, which was developed by Tencent (TCEHY -3.95%). Since launching last fall, Call of Duty: Mobile has been downloaded 150 million times and was one of the most popular mobile games in the world.

The successful mobile launch helped drive $1.43 billion in revenue during the fourth quarter for the Activision division, up slightly from a year ago. The $696 million in operating income was down from $723 million in 2018, but that was due to marketing ahead of the Call of Duty: Mobile launch. And the hope is that it's just the start in increasing consumer engagement.

The next step was to build an esports league that will continue to keep gamers engaged in Call of Duty. There have been attempts at a league before with tournaments and Call of Duty World League never quite gaining traction. This time, Call of Duty League is going all-out with 12 teams that paid a reported $25 million per team to enter the league.

The new league launched in earnest on Jan. 24 with its first event in Minneapolis. The 12 franchises from around the world are competing in more than 20 tournament-style events across the globe. Thousands of onlookers will attend each event, with streaming available on Amazon.com's Twitch and on Disney's ESPN.

The hope long term is that Call of Duty League becomes profitable and drives engagement in console and mobile games. There's no guarantee given the tepid response to the game's previous leagues, but if this league works, we may see a resurgence in Call of Duty for Activision Blizzard.

Still a key to the future

Call of Duty is arguably Activision Blizzard's most important title and the one that gamers identify with the company. But it's been struggling in recent years, and the hope is that the mobile app and esports will give it new life. So far, the strategy is working. And if it continues, this could be a hot consumer discretionary stock once again.