One credit rater thinks so, at least, and a second is starting to agree.

The Kraft Heinz Company's (KHC 1.45%) stock got rocked for a 7.5% loss after it reported disappointing Q4 earnings. Kraft instituted price hikes in the quarter, yet despite charging more money, the company brought in less receipts, as organic sales declined more than 2%.

Now, the stock is down a further 4% in afternoon trading Friday, the result of a debt rating cut to "junk" status. 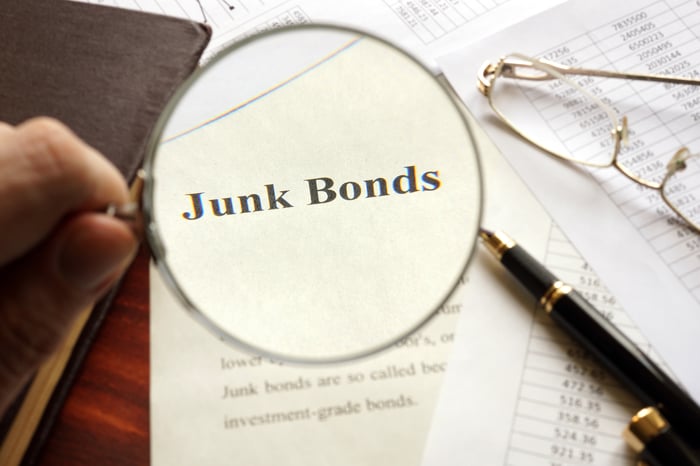 According to data provided by S&P Global Market Intelligence, Kraft stock, which is valued at $33.9 billion, carries $22.9 billion in total debt -- but has only $2.3 billion in cash on its balance sheet. The company reported $10.2 billion in losses in 2018, and earned less than $2 billion last year.

This morning, credit ratings agency Fitch announced that "Kraft's commentary around 2020 operating headwinds and its commitment to maintain its dividend" (which will take away cash that could otherwise be used for debt reduction) led the firm to lower its long-term rating on Kraft debt from BBB- to BB+. While these ratings codes may seem arcane to many investors, the gist of the move is that Fitch now considers Kraft debt to be "junk," and Kraft a risky company to lend to.

Fitch's comments make it now the most pessimistic firm rating Kraft's debt -- but other raters aren't much more optimistic.

Moody's for example, warned that Kraft's heavy debt load and worsening operating performance give it a "negative" outlook, which could foreshadow a downgrade from that firm as well. For now, S&P rates Kraft debt BBB-, which is the same rating the debt had from Fitch before today's downgrade. It's also the lowest investment-grade rating debt can have -- and just one step away from this blue chip stock getting its debt rated as "junk" for a second time.