Please ensure Javascript is enabled for purposes of website accessibility
Log In Help Join The Motley Fool
Free Article Join Over 1 Million Premium Members And Get More In-Depth Stock Guidance and Research
By Rich Duprey - Feb 14, 2020 at 9:08AM

Sycamore Partners has a reputation for stripping a company bare for its own benefit.

L Brands (BBWI -7.20%) may have found a buyer for Victoria's Secret. Although a good argument could be made that an acquisition would be a tough sell because the struggling lingerie chain is out of step with today's consumer sensibilities, it may be that its only suitor might simply want to dismantle it.

CNBC reports that L Brands is in negotiations with Sycamore Partners, a private equity firm that regularly invests in or acquires distressed retailers, and often loads them with debt before deconstructing their businesses. While there are notable successes in its portfolio, including women's clothing retailer Talbots and jewelry-store chain Zales, it has also engaged in some bruising battles.

The question is whether Victoria's Secret still has enough cachet to be one of the companies that survive. 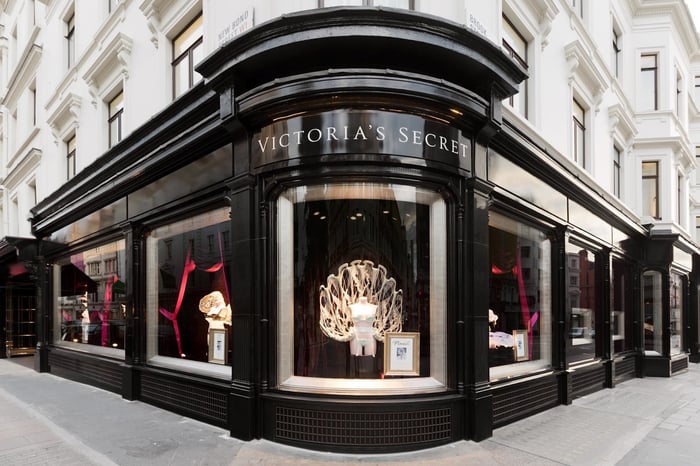 Redefining what the customer wants

The drop in popularity is reflected in Victoria's Secret sales, which have been in a downward spiral for some time. While L Brands' other chain, Bath & Body Works, routinely reports higher same-store sales, the lingerie chain has not had a single quarter of positive comps in over two years.

The public's changed outlook has also led to a backlash against the annual fashion show produced by Victoria's Secret, which L Brands ended up canceling last year after a 24-year run. Chief financial officer Stuart Burgdoerfer told analysts during last year's third-quarter earnings conference call that "we think it's important to evolve the marketing of Victoria's Secret."

With Victoria's Secret in decline, L Brands needs someone to bail it out, but other companies that have turned to Sycamore Partners have regretted it.

Aeropostale first saw the PE firm as its savior when Sycamore lent it $150 million to keep it going, but the relationship quickly turned acrimonious. The two ended up in court, with the retailer charging that Sycamore engaged in a "loan to own" scheme that was designed to push it into bankruptcy.

Sycamore also acquired Jones Group and had it take on significant debt to finance the deal -- then began selling off its assets, including Jones New York, Stuart Weitzman, Kurt Geiger, and Easy Spirit. Similarly, it acquired Nine West Holdings, then closed most of its stores, eventually causing it to go bankrupt.

In 2017 Sycamore acquired office-supplies retailer Staples, and last year it engineered a $5.4 billion debt refinancing for Staples so it could pay itself a $1 billion dividend.

CNBC says that while L Brands CEO Les Wexner wants to stay on with Victoria's Secret after a sale, negotiations with Sycamore include scenarios where he steps down. No offer has actually been made, so no deal might end up happening.

However, the chance that the one-time leading lingerie chain is able to recover, regardless of who owns it, seems remote. Undoing decades of marketing that came to define the brand would be difficult to achieve. It could be that for Victoria's Secret, being sold to a private equity firm that's known for aggressively whittling down a business to its bare essentials ultimately seals its fate.