Please ensure Javascript is enabled for purposes of website accessibility
Log In Help Join The Motley Fool
Free Article Join Over 1 Million Premium Members And Get More In-Depth Stock Guidance and Research
By Jon Quast – Feb 15, 2020 at 5:35AM

The upside is limited for one, but the other has a big growth opportunity.

They may seem like vastly different businesses, but both Facebook (META -0.54%) and LINE Corporation (LN) enjoy widespread adoption in their home countries. Facebook is the quintessential social network for the U.S. and many other countries, while LINE is a messaging app with widespread adoption in Japan and other parts of Asia, but which stock is the better buy today? 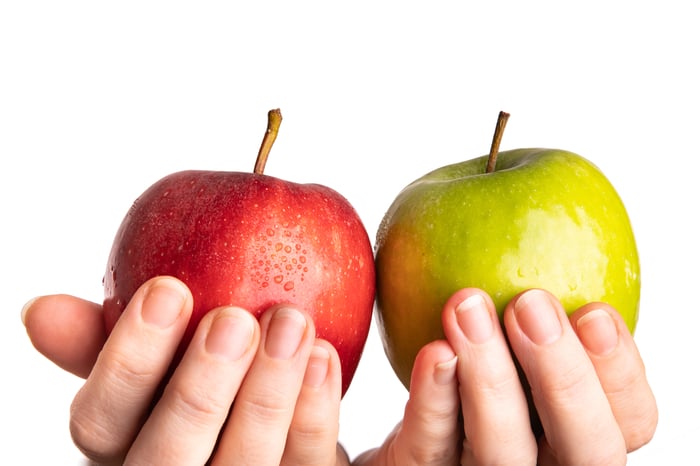 A pending merger for LINE

In November, shares of LINE spiked 26% on a buyout offer from SoftBank Group (SFTB.Y -1.40%). The proposal would have LINE merge with Softbank's Z Holdings (YAHOY) to create "The AI [artificial intelligence] company that leads the world from Japan/Asia."

It's a complicated acquisition. Not only is Z Holdings a subsidiary of Softbank, but LINE is a subsidiary of Naver Corporation. However, all four companies are working together to progress this buyout, with Naver relinquishing its majority ownership in LINE. But there's still plenty of work to go, with the merger not slated to happen before October 2020.

The pending merger will limit LINE's upside for now. But assuming the merger doesn't go through, could there be a long-term investing argument for LINE? Perhaps. LINE has 164 million monthly active users, but the bad news is user growth has stagnated. And while fourth-quarter 2019 revenue grew 8.6% year over year, the company reported a growing net loss.

Yet LINE sees promise in offering better payment solutions to its users. In Q4, the company had 652,000 LINE Pay users worldwide, and it processed 355 billion yen in transaction volume -- over $3.2 billion at current exchange rates. Furthermore, the company is launching a digital currency in Japan later this year called LINK to bolster its payment options. Given that the war on cash is still just getting started, this strategy could be lucrative for LINE.

However, in the end, it seems the best thing for LINE is a merger with Z Holdings. Z Holdings is more established in media content and e-commerce, and merging that with LINE's user base could prove valuable. 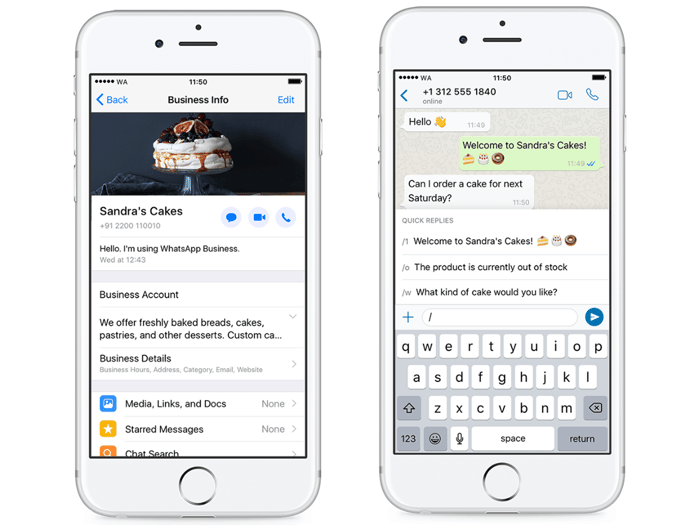 Privacy concerns dominated the headlines for Facebook in 2019. The company was forced to settle with the Federal Trade Commission for $5 billion, due to its practices with user data. But these headlines overshadowed what was otherwise a fantastic year for the company. Total revenue for the year was up 27% to $71 billion. However, net income did fall 16% to $18.5 billion. That translates to $6.43 earnings per share, meaning the company trades around 33 times trailing earnings.

Going forward, some investors are concerned with Facebook's decelerating revenue growth. In the fourth quarter 2019 earnings call, the CFO said he expects the revenue growth rate to fall by low to mid-single digits compared the the fourth quarter's 25% growth. This isn't surprising. Facebook, combined with its Instagram and Whatsapp platforms, already has 2.9 billion monthly users. A company with that kind of global reach already shouldn't be expected to be in high-growth mode forever.

That said, Facebook has major growth levers it can still pull. Specifically, it just announced that Whatsapp has surpassed two billion users. That may be shocking to some, since Whatsapp doesn't have the same popularity in the U.S. as it does in other regions of the world. But the app is extremely popular in regions like Latin America, where over 77% of people 15 years old to 40 years old used the app in 2018, according to Statista data.

Some might argue that Facebook already unsuccessfully tried to monetize Whatsapp, which is true. But Facebook can take a play from LINE's book on this one. In the Q4 call, digital payments were mentioned as a potential monetization strategy. Consider that regions where Whatsapp has its highest popularity, like Latin America, have a high percentage of people without a bank account. Adding payment capabilities to a platform people are already using could catch on in a hurry.

Facebook is the company that cracked the code to monetizing mobile applications, and it took Instagram from zero to $20 billion in revenue. I'm willing to bet this company can figure out a way to drive meaningful revenue and profit from two billion Whatsapp users given enough time.

The better buy today is Facebook. That's not just because LINE is likely to merge with Z Holdings later this year. Even if that deal wasn't happening, I still like Facebook today. User privacy, U.S. government crackdowns, and slowing revenue growth are all valid concerns for Facebook investors. But it trades at only 20 times forward earnings, has double-digit revenue growth, and still has future growth levers to pull. That makes it worth buying.