Please ensure Javascript is enabled for purposes of website accessibility
Log In Help Join The Motley Fool
Free Article Join Over 1 Million Premium Members And Get More In-Depth Stock Guidance and Research
By James Brumley - Feb 15, 2020 at 9:48AM

The anti-brand online retailer of consumer goods ignored some important realities about how consumers think and shop.

Some consumers are disappointed, though seemingly few are surprised. The DTC (direct to consumer) market has absolutely exploded, as have retailers' private-label initiatives that lower prices for all. The Brandless failure, in fact, has implications for all of those organizations employing a similar business strategy. That includes Amazon (AMZN -0.39%), which has fully embraced its own line of home goods and consumables unashamedly sold with an "Amazon Basics" label. Simply put, perhaps the premise of offering cheaper alternatives to nationally recognized brands isn't all it's cracked up to be.

It wasn't the premise that was the problem for Brandless, however. It was everything else.

The concept sounded cool enough. Consumers shouldn't be forced to pay a "brand tax" on major name brands, and while they're at it, there's no need to pay for a store's markup either. Brandless could sell the public the same goods -- directly -- in frills-free packaging that kept manufacturing costs down. Indeed, the name "Brandless" was a clever jab at retail pricing that funds needless spending on things like marketing, fancy packaging, inefficient distribution, and a retailer's profits. 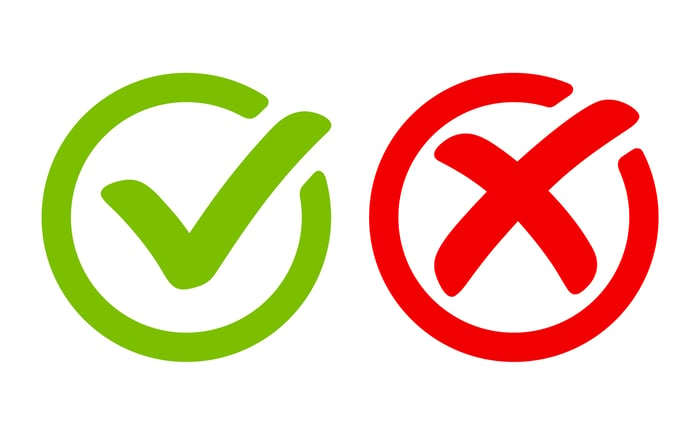 As it turns out, however, selling anything is a little more complicated than that ... a lesson investors and companies would be wise not to forget. In fact, there are four lessons consumer companies and their investors should digest with the rise and fall of Brandless.

1. Consumables are a low margin add-on

To its credit, Brandless made it easy to purchase basic household goods that need to be regularly replenished. But such goods are often picked up and put in a cart at Walmart or Costco (COST 1.65%) during a shopping trip made primarily for another reason. Conversely, such goods are sold by brick-and-mortar retailers at little to no profit as a means of drawing people to a store where they may then buy higher-margin goods.

That's certainly the case with Amazon's consumables like batteries, bed sheets, or copy paper. The point isn't to make money on a few things one may occasionally buy. The point is to make Amazon the destination where consumers will buy everything else they purchase. Brandless only operated in the one arena where rivals were most willing to suffer low margins.

It was admittedly a nasty catch-22. If Brandless spent big on marketing, it ran the risk of steep losses in an industry already known for thin margins. If it didn't market itself, there's no way the average consumer would find its products in a sea of competitors' advertising.

Major retailers like Costco and Amazon already have scale -- and deep pockets. As start-up advisor Mohamed Amer noted at RetailWire's digital roundtable about Brandless' demise, "Successfully selling a literal 'brandless' brand with near zero awareness based on lower prices is the stuff of superheroes."

The point was well taken ... buying established brands' goods means you ultimately pay more than you should. There's such a thing as taking a good idea too far, however, and Brandless did it with overly plain packaging and labels. Consumers will buy private-label consumables, but they at least have to look something like the national brand goods they're being compared to.

Yes, AmazonBasics is one example -- it's a brand. Perhaps the best example of a retailer-owned private label, however, is Costco's Kirkland Signature brand of foods. It accounts for one-fourth of the club retailer's revenue, but its packaging makes it look comparable to the mainstream brands shoppers would expect to see sold at other stores.

Finally, every item Brandless sold cost $3. Rather than adjust the price for more or less of a particular product, the company adjusted the portion or size of the product to provide $3 worth of retail value.

For consumers who only buy one bottle of shampoo, one ream of paper, or one tube of toothpaste at a time, that works, and the price is fair. For a family of four that can quickly work its way through a bottle of shampoo or a tube of toothpaste, making a bulk purchase from a nearby store translates into significant savings on those goods. Amazon offers all sizes and shapes of products, even if not its own brand, and Costco is the king of selling in bulk.

Amazon (and others) already know it, but ...

Fortunately, few companies developing a DTC business -- or retailers ramping up their private-label efforts -- are falling into these traps. Costco understands the importance of compelling packaging and inducing purchases of additional goods while in-store. Amazon already serves around 200 million customers per month.

Still, investors would be wise to keep these lessons in mind. A whole slew of unicorn companies could go public in the foreseeable future with similarly flawed models, while plenty of established, publicly-traded companies could decide to wade into a similar consumables business and find similarly disappointing results.