The new CEO's recovery plan might not be enough.

Japanese automaker Nissan Motor (NSANY 0.01%) posted a net loss of 26.1 billion yen ($239 million) and a 78% decline in operating profit in the quarter that ended on Dec. 31, as its new CEO outlined a plan to return to growth in the crucial U.S. market.

Nissan also cut its guidance for the fiscal year that will end on March 31.

The loss was Nissan's first quarterly net loss since the April-to-June quarter of 2009, when the auto industry was reeling in the midst of the global economic crisis. 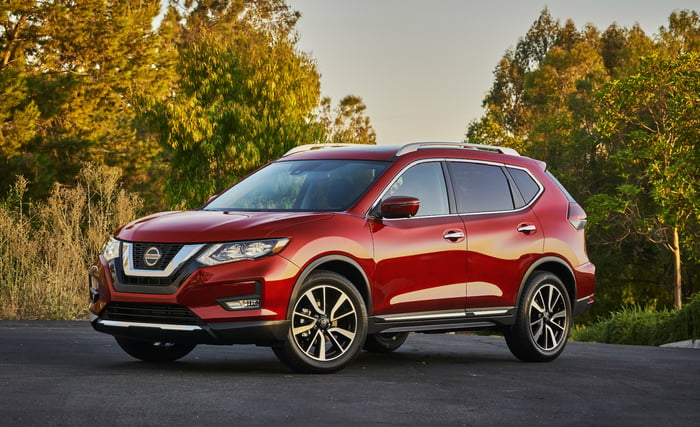 The compact Rogue SUV is Nissan's biggest seller in the U.S., but sales were down 15% in 2019. Image source: Nissan Motor.

Like many Japanese companies, Nissan uses a fiscal year that begins on April 1 and ends on March 31. The quarter that ended on Dec. 31 was the third quarter of Nissan's 2019 fiscal year.

What happened at Nissan in the quarter?

Nissan has a new CEO: Former China chief Makoto Uchida took the company's helm on Dec. 1, following the ouster of longtime CEO Carlos Ghosn amid a series of financial scandals.

Here's a look at how each of the company's regional business units performed:

In a presentation to investors, Nissan's chief operating officer, Ashwani Gupta, said the company's plan to improve profitability in the United States has three key components:

Is it enough to put Nissan back in the black? It may not be: Globally, Nissan is struggling with underutilized factories and a sluggish product pipeline. These efforts will yield incremental improvements in the U.S. over several quarters, but I suspect that more drastic action will be needed to ensure that Nissan is sustainably competitive and profitable.

Nissan again cut its guidance for the fiscal year that will end on March 31, 2020. For the full year, auto investors should now expect:

Nissan Stock Downgraded: What You Need to Know