A lousy Christmas caps an awful year for the home goods retailer.

It doesn't look good for Bed Bath & Beyond (BBBY 21.82%), which reported preliminary fourth quarter results that showed its business performed much worse than expected over the Christmas holiday season.

Not only were sales dismal for the period, but the home goods chain compounded the problem with internal mistakes, so CEO Mark Tritton can be excused if he feels he bit off more than he could chew by agreeing to take the retailer's top job to help turn the ailing retailer around. 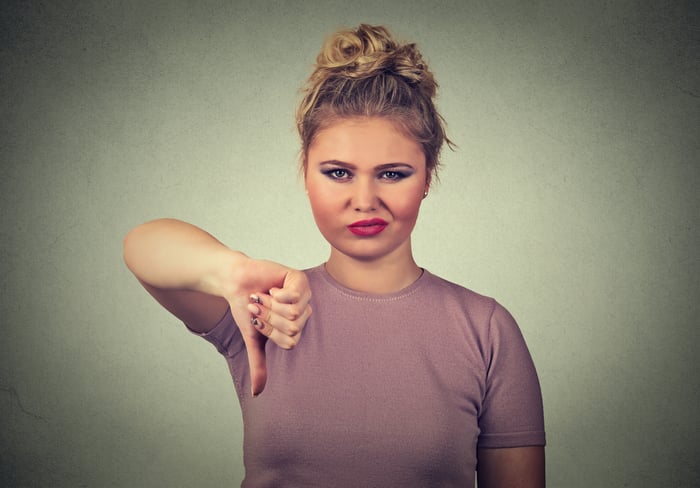 Even in a retail environment marked by disappointing results over the holidays, Bed Bath & Beyond's were terrible in comparison. As bad as the retailer's third quarter results were, the fourth quarter is shaping up to be even worse.

Tritton was then also forced to admit Bed Bath & Beyond's performance had been exacerbated by its own ineptitude. In a statement announcing the preliminary results, Tritton said, "We are experiencing short-term pain in our efforts to stabilize the business, including the pressures of store traffic trends coupled with our own executional challenges."

Inventory within certain key categories was too low or out of stock during the period, contributing to the downfall, and it needed to go back and "master the fundamentals" to get back on track.

Drastic measures are called for

That may help explain why Tritton cleaned house and ousted six executives just before the Christmas holiday.

While he put on a brave front by saying the stabilization of the retailer's business will simply take some time, that may be a commodity in short supply considering the rate of deterioration the business is experiencing.

Bed Bath & Beyond is pursuing a transformation and reportedly all aspects of its business are under review, especially shedding its non-core ancillary businesses.

With over 1,500 stores, mostly under its own banner, but also including buybuyBaby, Christmas Tree Shops, and Cost Plus World Market, the retailer hired Goldman Sachs to help it sort out what to do with these disparate operations.

It already initiated a sale-leaseback arrangement that let it get an influx of cash, but it also turned an asset on its balance sheet into a liability. Still, it gets itself out of being a property manager and back to focusing again on retailing.

However, there was one bright spot amid all the gloom: Digital sales jumped about 20% in the quarter.

Bed Bath & Beyond has never really had much of an effective online marketing presence until recently, when it began to invest heavily in its digital channel. Last quarter it looked like it had all been for naught as even digital sales fell, but their recovery in the current period is hopeful.

Still, there is a caveat to the good news. The home goods chain was exceptionally promotional during the quarter in a bid to lure customers back, and gross margins tumbled 300 basis points as a result, including from a greater penetration by digital sales. That may mean it was giving away the store, even online, which is a remedy that can't last very long. Once the discounting stops, customers will leave again.

Bed Bath & Beyond has been a victim of its own success, conditioning its customers to respond to its ubiquitous blue-and-white 20% off coupons. But when it reined in their proliferation, sales tumbled. Now customers have found they have a broad range of choices of where to buy home goods, both in physical stores and online, and wooing them back is not easy.

The retailer isn't going out of business any time soon as it still generates a lot of free cash flow, even in its depressed state, but it doesn't have an endless supply of time either. Tritton needs to fix this broken business quickly, and its preliminary results show this is a much more difficult task than he might have first believed.