It didn't take Mark Tritton, the new CEO at Bed Bath & Beyond (NASDAQ:BBBY), very long to get everyone's attention. Just two months into his new job, the massive purge of a half-dozen executives has shown everyone it's no longer business as usual at the home goods retailer.

Yet as Bed Bath & Beyond heads into its fiscal third-quarter earnings report next week, the wholesale elimination of the C-suite suggests that Tritton, a former Target executive, saw the pending results as an indication the holidays were going to woefully underperform expectations. If he wanted to salvage the retailer, he needed to start fresh. 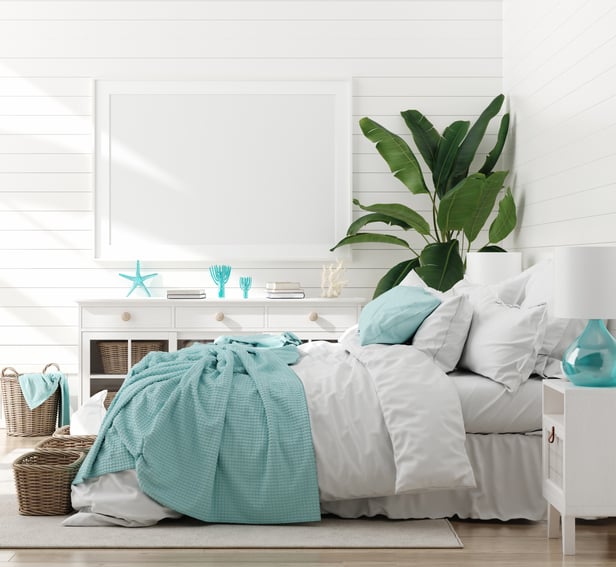 Will Bed Bath & Beyond investors toss and turn when they hear the retailers' latest results? Image source: Getty Images.

Net sales at Bed Bath & Beyond are down 7% through the first six months of the fiscal year, and it is running a cumulative loss of almost $510 million, or over $4 per share, as the impact of firing employees (before the executive purge) and large inventory writedowns have taken their toll.

After second-quarter earnings, then-interim CEO Mary Winston had said she was confident the retailer's plans to stabilize sales were working and that the results would manifest themselves in the back half of the year.

Bed Bath & Beyond was refreshing 160 of its highest volume, most profitable stores to improve traffic, and providing store managers with new incentives to hit their sales targets. The retailer was also targeting its Beyond Plus loyalty program members with new marketing because they tend to shop twice as frequently as nonmembers while spending four times as much.

Perhaps most notable was Bed Bath & Beyond's plan to cut back on its ubiquitous coupons that have been a source of frustration for the retailer. While they typically drive traffic to the stores, they also cut into the bottom line.

Instead, Bed Bath & Beyond was going to plow the savings from that program into new marketing initiatives in digital channels, including video, paid social media, and display advertising. It wasn't doing away completely with the coupons, but they would be used more sparingly.

The retailer hasn't reported a single quarter of higher same-store sales in almost three years, and the changes being implemented might not have changed that trajectory. Worse, they might not have even slowed the decline.

Analysts had been looking forward to the store resets, new marketing around the holidays, and other initiatives. But despite needing a killer Black Friday and Christmas holiday, it increasingly looks as if that might not be the case.

It was probably unwise to expect much change in such a short time, as altering consumer discretionary spending habits isn't easy, and Bed Bath & Beyond's business has been deteriorating for years. But there was probably hope that the strategies would impede the worst aspects of the decline.

A lump of coal for Christmas

It's also why investors will probably be disappointed when results are reported on Jan. 8.

Since Tritton's appointment in October, shares of Bed Bath & Beyond are up over 40%, and they've more than doubled from the lows they hit back in August. A lot of the gains were predicated on the potential Tritton brings to the position, but it's likely the retailer's stock has gotten well ahead of itself.

Analysts are looking for a 6% decline in revenue in the fiscal third quarter to $2.86 billion, down from $3.03 billion a year ago. Earnings are forecast to come in at $0.03 per share, an 84% plunge from last year's third-quarter results of $0.18 per share.

Bed Bath & Beyond didn't provide quarterly guidance, but did reiterate its full-year outlook for sales of $11.4 billion, which would be down 5% year over year, and earnings in a range of $2.08 to $2.13 per share, a 2.7% increase at the midpoint.

With the CEO cleaning house as he has, it wouldn't be surprising to see the retailer reset expectations lower, and that may cause the stock to take a tumble.