Please ensure Javascript is enabled for purposes of website accessibility
Log In Help Join The Motley Fool
Free Article Join Over 1 Million Premium Members And Get More In-Depth Stock Guidance and Research
By Rich Duprey - Feb 23, 2020 at 10:00AM

The casino operator has outlasted all the competition.

It looks like MGM Resorts (MGM 2.14%) is the last man standing in the bid to win a casino license in Osaka, Japan, after Genting Singapore (GIGNY 1.36%) dropped out of the race.

While the government still needs to decide which cities will host the new gambling halls, Osaka has an inside track because it is the site of the 2025 World Expo, meaning MGM could be the early winner. 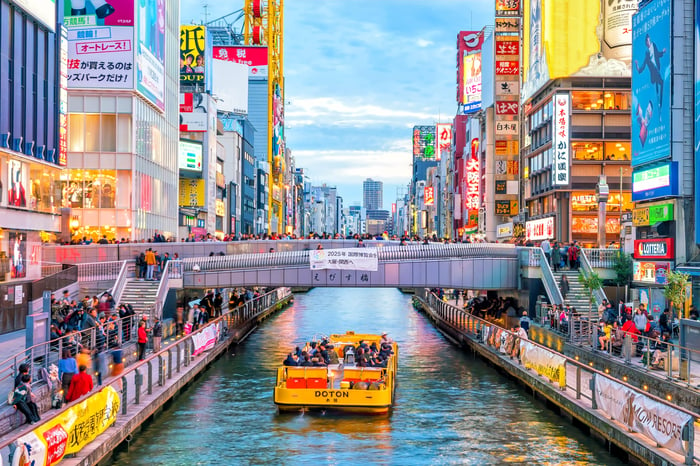 A war of attrition

There will be three licenses issued in Japan when the process is complete, with Osaka, Tokyo, and Yokohama all leading contenders to be hosts for the initial licenses under the country's new integrated resorts law.

There were eight companies originally vying for the right to build one of the comprehensive entertainment complexes in Osaka, but the field began narrowing quickly after Las Vegas Sands (LVS 0.60%) and Melco Resorts & Entertainment (MLCO 0.37%) pulled out, and Caesars Entertainment (CZR) dropped out to focus on its acquisition of Eldorado Resorts (ERI). That left just Genting, MGM, and Galaxy Entertainment (GXYEF -2.78%).

However, industry site Casino.org reported MGM and its partner, Japanese financial services firm Orix, were the only ones to actually submit a request for concept to authorities. It said Genting soon confirmed it was out of the running and issued a statement saying, "After careful consideration of the opinions of many shareholders, we regret that we will not continue our participation in the Osaka IR Project going forward." Genting then also conceded it was not pursuing an Osaka license either.

Both, however, will seek out a license in Yokohama, though that may not be as easy.

The competition in Yokohama, Japan's second most populous city, is much more intense as all the remaining players are also focusing on the city as well. Melco, for example, has adopted what it calls a "Yokohama First" policy because of its proximity to Tokyo, but also because it is a convenient day-trip location.

Casino operators have suggested a $10 billion price tag has become the starting point for construction of an integrated resort, which includes casino gambling as well as shopping and non-gambling related forms of entertainment. Some have said as much as $15 billion may be necessary.

But Las Vegas Sands sounds like it's beginning to balk at the escalating costs. Recently its COO questioned whether shareholders could earn an appropriate return on the investment and said the board of directors will ultimately make a decision on whether to move forward for a market that's been valued at $20 billion.

The planned site for the Osaka integrated resort is an artificial island off the coast of the city called Yumeshima. Currently an industrial port accessible by a bridge, it is being upgraded with a subway system and it is also the site of the World Expo.

While that could delay the ability of MGM to build its resort, having the infrastructure in place will ultimately be beneficial.

Both Sands and Wynn have seen their casinos in the Cotai section of Macau disrupted because of construction that deterred visitors from accessing their resorts. Now that the debris has been largely cleared, they're realizing more of the benefit from their sites.

Whether Osaka is a winner remains to be seen, but there is a lot to like about the city, and MGM Resorts could be ready to hit the ground running if it's approved.