Please ensure Javascript is enabled for purposes of website accessibility
Log In Help Join The Motley Fool
Free Article Join Over 1 Million Premium Members And Get More In-Depth Stock Guidance and Research
By Jennifer Saibil – Feb 25, 2020 at 9:30AM

The company's new CEO laid out a diversified plan to lift the brand and boost sales.

If you're tired of searching for the perfect mixing bowl out of the myriad options at Bed Bath & Beyond (BBBY -1.62%), you might want to give the chain another chance.

On Feb. 18, the housewares giant announced a $1 billion plan to reinvigorate its business. The cash will be split between share buybacks, debt repayments, and store renovations, but the company warned that it expects to see benefits only long term.

The announcement came after a previous release of dismal holiday results. Can these changes turn things around for the struggling company? 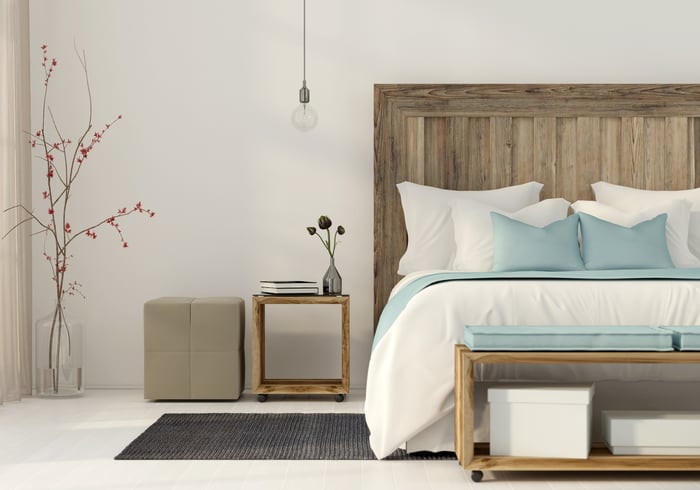 After enjoying many years as a thriving home goods retailer, Bed Bath & Beyond began to experience decelerating sales growth in 2014. Former employees said that management was very slow to get on board with revamping its e-commerce operations, and the brand didn't keep up with other trends, such as smaller stores and new fulfillment strategies.

Investors ousted long-serving management in 2019 and hired Mark Tritton, the former chief merchandising officer at Target, as CEO. He subsequently pushed out six top leaders and had been biding his time since taking the role in November.

Fiscal third-quarter results, which include part of the busy holiday shopping season, were worse than anticipated, and Tritton said that the quarter, as well as the upcoming fourth-quarter release, came too soon to carry benefits from his new leadership. He has now announced a plan that he says will require some short-term pain for long-term gain.

During his first company conference call as CEO, just weeks into his new role, Tritton addressed some of the problems at Bed Bath & Beyond and a preliminary approach to fixing them. He acknowledged the late response to the digital channel and the need for a more comprehensive omnichannel customer experience. He outlined what he called the company's five pillars:

With that in mind, the first major initiative he announced was a $250 million sale and leaseback of some of the company's properties to put more cash at management's disposal. The next move was the sale of PersonalizationMall.com for $252 million to 1-800-Flowers.com. On the same day as that announcement, Bed Bath & Beyond laid out a $1 billion plan to begin its journey toward renewal.

The plan is to use $600 million to pay down debt and return capital to shareholders. The remainder will go toward operations, including store remodeling and supply chain infrastructure. Tritton also left open the possibility that the company will continue to sell off other assets as it streamlines its business and focuses on home, baby, and beauty. It owns several other brands, including One Kings Lane and Christmas Tree Shops.

The store remodel plan is to take effect in three test pilot stores with the goal of renovating 25 locations this year. Tritton also pledged to declutter stores and reduce the amount of products they carry. He said that of $1 billion in inventory that he plans to cut, a third is already finished. On the other side of inventory, the company was also out of important items over the holidays that cut into sales, and that's part of what needs to be improved in the supply chain.

Tritton cautioned that while the company would start to see progress in the second half of 2020, it wouldn't begin to fully realize any goals until 2021. He noted in an interview that when stores decreased their options for can openers from over a dozen to three, sales increased. These are the types of changes -- and responses -- that Bed Bath & Beyond is expecting to see.

The stores have been relying on its famous coupons for a long time, and Tritton is looking for ways to trim promotional activity. In the short term, promotions have been necessary to clear out inventory, but going forward, Tritton plans to simplify the pricing structure and create a more stable position, elevating the brand and increasing sales.

After a 5.4% decrease in comparable sales for December and January, which was worse than expected, it's going to be a steep uphill climb. One positive that came out of the holidays season was a 20% increase in digital sales, which is exactly where the company needs to be headed.

These are the kinds of actions the company needs to be taking in its current situation, and they should be able to help spur growth. The cash inflows and debt reductions are also an important part of keeping the company in a strong financial position while it tests out new strategies, but it's too early to tell if Bed Bath & Beyond can make the comeback it's urgently working toward and become a growth stock.