The struggling retailer has earmarked $600 million for stock buybacks and debt reduction, but that's not the best use of those funds.

Bed Bath & Beyond (BBBY -4.18%) shareholders were finally given something to cheer about after Tuesday's close. Following a disappointing preliminary look at December's and January's sales that pulled the rug out from under the stock earlier this month, investors once again wondered if the company would be able to restore sales and profit growth. But they've welcomed news that the home-goods retailer has committed $1 billion toward stock buybacks, debt repayment, investment in operations, and store improvements.

Once past the knee-jerk celebration, though, investors wouldn't be wrong to wonder if earmarking $600 million just for share repurchases and the reduction of debt is the very best use of those funds right now. Given the organization's challenging situation -- slumping sales and lack of consumer interest -- that liquidity could be utilized in far more fruitful ways.

"The financial strength of our business allows us to take the important steps needed to return capital to our shareholders and reduce our debt, while at the same time also investing in our customer," said Bed Bath & Beyond CEO Mark Tritton in a press release Tuesday, which partially detailed plans for $1 billion of apparently idle cash. Tritton explained: "This balanced approach to the use of our capital is expected to enhance shareholder value, improve the in-store and online experience and position our Company to achieve our long-term objectives to deliver sustainable growth."

Fair enough, except for a couple of not-so-minor details. 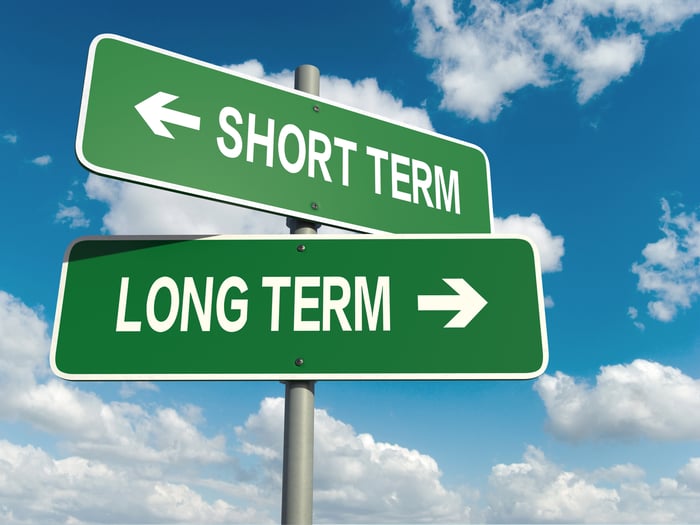 Chief among those concerns is the fact that "the financial strength of our business" itself is in question. For both the three-month and nine-month spans ending in November, Bed Bath & Beyond lost money. It's not a loss under GAAP (generally accepted accounting principles) stemming from a big writedown, either. The retailer reported an operating loss of $29.8 million for its third quarter, and reported an operating loss of $618.9 million for the first three quarters of fiscal 2019.

The other big, pesky detail: Bed Bath & Beyond doesn't have a whole lot more than $1 billion in the bank to play with.

As of November, the retailer's cash and equivalents stood right at $900 million. The holiday shopping season might have bolstered this amount, although that's certainly no guarantee, given its same-store sales decline of 5.4% during the first two months of the current quarter.

The sale of certain real estate assets to Oak Street Real Estate Capital was completed early this year, which will add more than $250 million to the company's war chest once fourth-quarter numbers are posted, and the sale of PersonalizationMall.com to 1-800-Flowers.com should put another $252 million in the bank within the next few months.

Even so, the bulk of that potential cash hoard is spoken for, leaving the company with little actual liquidity at a time when a little fiscal flexibility could make a big difference. Corporations, like individuals, should always save something for a rainy day.

Not the optimal use

Investors might argue anything that bolsters the value of a stock is money well spent, and in most cases they'd be right. In this particular case, though, the company in question isn't a name with so-so value and respectable prospects that just needs a nudge. Bed Bath & Beyond is fighting a four-alarm merchandising fire with a fairly new CEO at the helm, and he's steering the organization without the help of several key executives who left their posts in December. A far better use of the money intended to buy back shares would be spending it on stores.

Some has already been allotted for remodels, for the record. Tritton indicated that between $350 to $400 million of the $1 billion in available funds would be used "primarily for investments in stores, IT and Digital projects, and supply chain infrastructure." That's a smart move, but the company operates more than 1,000 stores. Even $400 million worth of improvements isn't going to buy a complete makeover for the organization.

Perhaps the bigger question at hand is the plausible impact of $600 million worth of shareholder value enhancement. Bed Bath & Beyond sports a market cap of $1.6 billion, but is also dragging around $1.5 billion worth of debt. Also bear in mind that the sale/leaseback deal with Oak Street Real Estate Capital frees up some cash, but also creates lease obligations the retailer wasn't previously paying.

In other words, the mathematical upside of $600 million in value enhancements isn't game-changing. Investors holding a stock that's down 80% since 2015 -- and still moving lower -- probably don't care so much about buybacks. At this point they're betting on a turnaround.

To be clear, investors were stoked about the announcement, which was made Tuesday post-close. It was much-needed good news, and shares popped more than 8% on Wednesday.

It's apt to be a short-term tailwind, though. That $600 million is coming from somewhere, and given how much work needs to be done on stores, technology infrastructure, and product selection, shareholders may end up wishing Bed Bath & Beyond had invested that money in its own growth.