The brick and mortar shopping venue continues to reconfigure itself in a way that tightens its focus and raises cash.

Home goods retailer Bed Bath & Beyond (BBBY -7.56%) announced on Tuesday it would be selling e-commerce site PersonalizationMall.com to 1-800-Flowers.com (FLWS -4.57%) as part of an effort to simplify the struggling company's businesses. The news follows last week's release of disappointing preliminary sales numbers for December and January, which were down 5.4% on a same-store basis, extending a long-standing streak of deteriorating results. 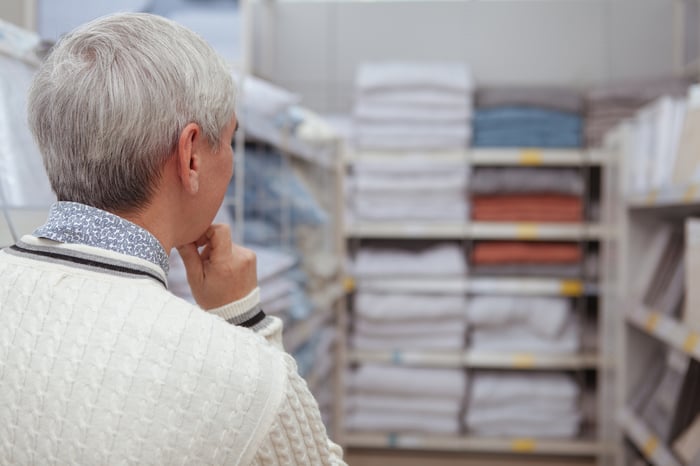 The omnichannel retailer has already taken drastic measures to curb weakening sales and establish a foundation for new growth. Long-tenured CEO Steven Temares was abruptly forced out by activist investors in May of last year, replaced by former Target (TGT -4.35%) executive Mark Tritton in October. In January of this year, the company announced it would be selling a wide swath of its own retail real estate, only to lease much of that square footage back from its new owners. That move netted Bed Bath & Beyond roughly $250 million in cash that could immediately be put to use as funding for the company's turnaround plans made public last month. The sale of PersonalizationMall.com to 1-800-Flowers.com will add another $252 million to the retailer's coffers sometime before the end of first calendar quarter of 2020.

The prospect for a complete turnaround for Bed Bath & Beyond remains in question, particularly in light of the stock's 20% plunge following the release of its preliminary December and January sales numbers. Shares are up more than 5% on the news of the sale PersonalizationMall.com, however, suggesting the market believes the move is a step in the best direction.