Please ensure Javascript is enabled for purposes of website accessibility
Log In Help Join The Motley Fool
Free Article Join Over 1 Million Premium Members And Get More In-Depth Stock Guidance and Research
By Justin Cardwell – Updated Feb 25, 2020 at 9:51AM

Several headwinds are hindering this global auto manufacturer's growth in 2020.

Shares of Ford Motor Company (F 1.43%) have decreased by 15% in 2020, and are down more than 50% over the last five years. Restructuring costs driven by a new CEO, new product launches, and the coronavirus outbreak are creating significant barriers for growth.

Ford's management gave shareholders lower-than-expected guidance for 2020. Let's see where Ford is headed, and where the company might be one year from now. 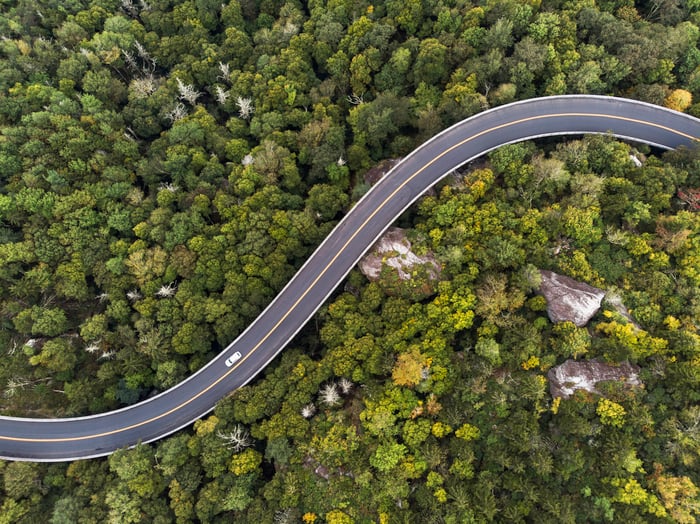 Ford's new CEO Jim Hackett took the position in May 2017 with a plan to restructure the company. Hackett aims to cut costs and reduce redundancies within Ford, recently building a new leadership team in China, reducing the global salaried workforce, and restructuring operations in South America and Europe.

Announced in July 2018, Hackett's "redesign plan" involves $11 billion of earnings before interest and taxes (EBIT) charges and $7 billion of related cash effects to fund the restructuring program. Ford stated during the recent fourth-quarter earnings release that the company has incurred $1.1 billion of cash effects and $3.7 billion of EBIT charges from the redesign, suggesting it's made 34% of its projected EBIT progress and seen 16% of the intended cash effects from the program.

Until results from the restructuring plan show up in the financials, investors can expect Ford's share price to struggle. During the fourth quarter, revenue declined while margins improved at a slower-than-anticipated pace, putting pressure around the structure and relevancy of the decisions to restructure the company.

With several upcoming rollouts including a full redesign of the Ford F-150, a reintroduction of the Bronco, and the Mustang Mach-E, a zero-emissions vehicle that Hackett states is "a powerful example of Ford's move into the digital future," Hackett is confident that the restructuring will have a positive effect on the company's financials and growth in the long term.

As these rollouts become available during the fourth quarter of 2020, Ford will experience continued headwinds of costs associated with the rollouts in addition to lower volumes, as the company is anticipating upcoming sales of these models to drive growth.

The financial impact of the ongoing coronavirus outbreak is yet to be known. During the fourth-quarter earnings conference call, Ford CFO Tim Stone stated, "the forward 2020 guidance reflects our expectation for continued GDP growth globally. The outlook does not factor in any assumptions for impacts from the coronavirus to the global business." Stone noted to shareholders that while Ford can absorb a modest impact from the virus within the current guidance range, continued problems will start to impact 2020 guidance.

Ford has announced that factories in China are temporarily shut down, with plans to open if the virus stops spreading. However, since Ford is on the heels of an 18-month trade war between the United States and China in addition to poor 2019 growth performance, any additional impacts to the top and bottom lines will leave actual 2020 results even lower than the current guidance.

Deep value or a value trap?

During 2019, Ford launched an all-new Explorer, Escape, and Super Duty, plus the Puma in Europe, in addition to unveiling its design for the Mustang Mach-E. In addition to these refreshed designs and new models, Hackett expects 2020 volumes to increase for the Ford F-150 -- a leader in the United States truck market for 43 years. Furthermore, the Ford Ranger earned 21% of the U.S. midsize pickup market share during the fourth quarter of 2019.

Given Ford's falling share price over the last five years, its forward dividend yield has reached an impressive 7.4%, alongside a low forward price to earnings of 7.73 against the sector median of 17.06. Shares of Ford appear to be trading at a deep value in comparison to the sector, however, there are several headwinds continuing to put a damper on Ford's growth potential.

China's slowdown from the coronavirus is an unknown threat to the already weakened guidance for 2020, in addition to the size of the ongoing restructuring costs. As the rollout of the Bronco, Mustang Mach-E, and redesigned F-150 will be released during the fourth quarter of 2020, Ford will continue to fight an uphill battle against a slew of competitors during 2020 -- giving shareholders a bearish outlook throughout the year. Fools would have good reason to stay away from Ford until the restructuring program proves an effective strategy for growth and the coronavirus comes to a halt.