Please ensure Javascript is enabled for purposes of website accessibility
Log In Help Join The Motley Fool
Free Article Join Over 1 Million Premium Members And Get More In-Depth Stock Guidance and Research
By Chad Henage – Feb 26, 2020 at 7:00AM

Facebook stock recently took a 10% haircut after earnings. With a cloud over the company's future, investors have an opportunity to snap up shares at a solid valuation.

It wasn't so long ago that Facebook's (META 0.07%) stock seemed to be a sure thing. Even recently, the stock seemed to be on the way to a nice recovery following the company's missteps on data privacy and other issues. However, investors seemed frustrated with Facebook's latest quarterly results and the shares dropped almost 10% over the next two days. Challenges from expense growth to changes that could hamper Facebook's advertising business have cast a shadow over the stock.

By contrast, Twitter has received its share of criticism over the years. Yet after its earnings report, the shares jumped 15%. At first, it seems like the choice between the two companies has never been clearer. In reality, Facebook's recent setback represents a buying opportunity for long-term investors. 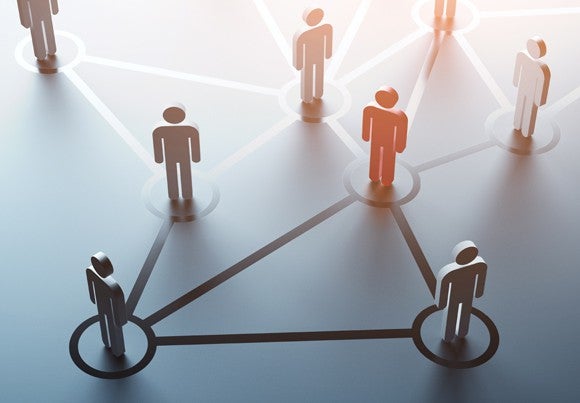 Facebook generated more than 98% of its quarterly revenue from advertising, so any slowdown is a serious concern. In Facebook's conference call, CFO Dave Wehner delivered several updates that likely contributed to the stock's recent decline.

He said that regulatory impacts would curb Facebook's ability to "utilize signals from user activity on third-party websites and services in order to deliver relevant and effective ads to our users." In case that's not clear, this is corporate-speak for we won't be able to track users' activity, and thus our advertising revenue could run into challenges. If you've ever experienced the surreal situation of looking at an item on Amazon.com or eBay and then magically seeing an ad for it in your Facebook timeline, you've experienced Facebook's use of these "signals."

In addition, the company will be releasing a privacy tool to billions of users. It's reasonable to assume that a portion will adjust their settings to prevent Facebook from tracking their usage of third-party sites. Furthermore, Wehner said, "Apple and Google have announced product changes and future plans that will limit our ability to use those signals."

The bottom line is clear: The less effectively Facebook can track users' activity, "that can negatively impact our advertising revenue growth," in Wehner's words.

Beyond the revenue numbers, Facebook's ad business seems to suggest pricing power. According to Wehner, "total number of ad impressions served across our services increased 31%, and the average price per ad decreased 5%." By point of comparison, Twitter reported that total ad engagements increased 29%, while the cost per engagement decreased by 13%. Said another way, Facebook generated faster transaction growth than Twitter without having to cut prices as far. Even if Facebook's growth slows, it should still handily outperform its peer.

Facebook's future could pay for itself

The growth narrative for Facebook has been that the company's user growth will slow, yet it will capitalize on better engagement and grow advertising revenue. However, comments from management suggest Facebook is finally getting serious about its massive payments opportunity. With billions of people using Facebook's different properties, connecting buyers and sellers as a payments intermediary could open up a whole new revenue stream for the social media giant.

The company recently started quoting a stat called family daily active people (DAP) that gives investors a sense of the payments opportunity. Last quarter, Facebook's DAP across its properties reached 2.2 billion. With billions of potential payment users, Facebook isn't starting from scratch moving in on new territory. The Instagram property allows users to buy directly from the app. The company hopes that Facebook Pay will become a standard payment method across multiple properties. Inside of the popular messaging app WhatsApp, the company tested payments. CEO Mark Zuckerberg said, "when so many people kept using it week after week, we knew it was going to be big when we get to launch."

The worry for Facebook investors is that this big business may not succeed. Several years ago, Twitter's data licensing division seemed to be the future of that company. With hundreds of millions of users tweeting massive amounts of data, it seemed to make sense that this would be a goldmine. Unfortunately, this business has run into challenges. In last year's fourth quarter, the data business grew by 35% annually. Just a year later, this same segment grew by just 5% year over year.

The key difference between Twitter's data business and Facebook's payments ambitions is scale and user composition. Twitter's vast pool of data is heavily tilted toward those who are the most active on the service, many of whom are celebrities. Twitter seems to lack the personal conversations that Facebook properties have in abundance. When a celebrity tweets, the response might be a thousand or two thousand replies, yet there is little real conversation.

Where Facebook is concerned, real interactions between friends and family members give the company significant data about where people are and what they are spending money on. Though Facebook's brand has been tarnished because of past security issues, its other properties don't have the same stigma. WhatsApp has an estimated 2 billion users. If only 10% of users started making payments, this property alone would quickly become a significant threat to payments players like PayPal, Square's Cash App, and more.

Over the last several years, it has been difficult to think of Facebook's stock as cheap. For the first time in a while, the combination of tempered expectations and a realistic growth narrative give investors a chance to buy the stock at a solid value.

If we look at Facebook and Twitter side by side, the better investment nearly jumps off the page.

In short, Facebook offers a forward P/E ratio that is nearly half that of its peer yet is projected to grow earnings at nearly the same rate. While Facebook grew its operating cash flow and net cash, Twitter witnessed a decline by both measures.

If we follow famed investor Warren Buffett's advice to "be fearful when others are greedy and greedy when others are fearful," the short-term worries about Facebook suggest a long-term opportunity. Facebook's growth may be slowing down, yet the stock has never looked like a better value.