Howard Willard will also not get a raise from the tobacco giant.

Altria Group's (MO 0.04%) CEO will not receive a key bonus related to his work. The company revealed in a regulatory filing that it has deemed Howard Willard undeserving of his annual incentive plan award for 2019.

This is entirely due to the company's investment in e-cigarette maker Juul Labs. Under Willard's stewardship, Altria invested $12.8 billion in the company in 2018 for a 35% stake. But Juul Labs has reeled from a backlash against products like flavored vapes to the point where some have questioned its ability to survive, and Altria has taken significant write-offs on its investment. 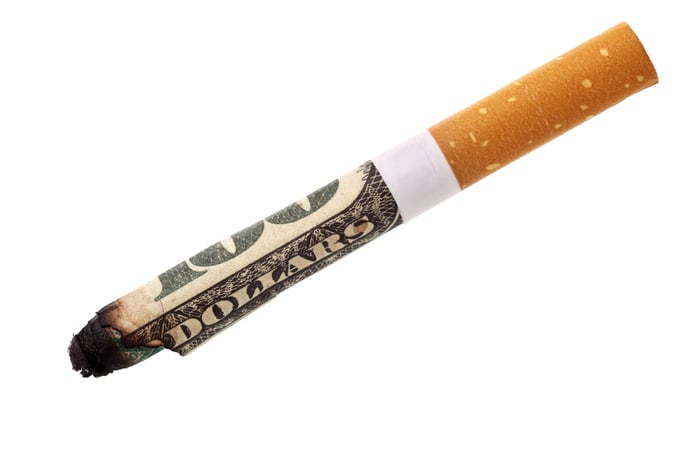 Additionally, the company is not raising Willard's base salary of $1.25 million. It did not link this to difficulties with Juul Labs or provide any other reason for this. It did point out that this amount has stayed the same since he became CEO and chairman of the company's board in 2018.

Willard has not made any public comment on the matter.

In spite of the zero dollars he's receiving from the annual incentive plan, Willard is to get other bonuses from the company. He'll take in nearly $3.5 million under the 2017-2019 Long-Term Incentive Plan and reap over 146,000 shares of the company through a pair of stock awards that vest in 2023.

Altria, which is considered by many an attractive dividend stock, as well as a top tobacco-sector name, closed slightly higher in trading on Friday.