Please ensure Javascript is enabled for purposes of website accessibility
Log In Help Join The Motley Fool
Free Article Join Over 1 Million Premium Members And Get More In-Depth Stock Guidance and Research
By James Brumley - Feb 28, 2020 at 11:03AM

The struggling retailer is looking to cull a few hundred employees to save money needed to help fund its turnaround efforts.

Beleaguered home goods retailer Bed Bath & Beyond (BBBY -1.82%) continues to maneuver its way toward a turnaround, announcing after Thursday's closing bell that it would be restructuring as a means of culling costs. The organization intends to reduce its employee headcount by about 500 workers. Those layoffs, in conjunction with related moves, is expected to reduce expenses by around $85 million per year. 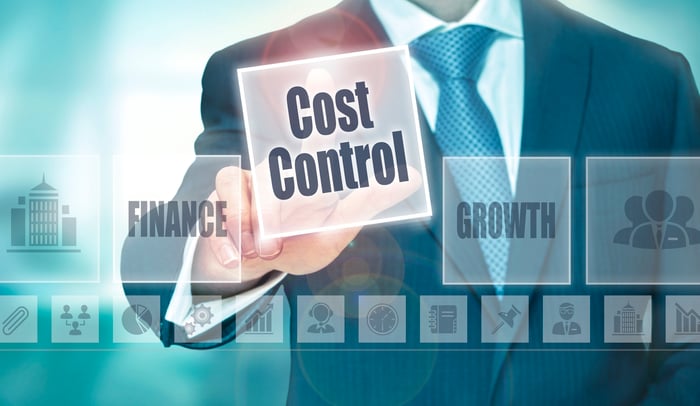 The organization could certainly use the extra cash right now. While its all-important holiday quarter won't end until Saturday, Feb. 29, Bed Bath & Beyond warned investors earlier this month that same-store sales in December and January (combined) were down on the order of 5.4%. That decrease jibes with analysts' outlooks for the fourth quarter in its entirety. They're calling for a 6.9% decline on companywide revenue, which would extend what's become a long-lived streak of fiscal deterioration. The retailer hasn't seen any annualized income growth since 2014, and sales appear to have peaked in 2018. 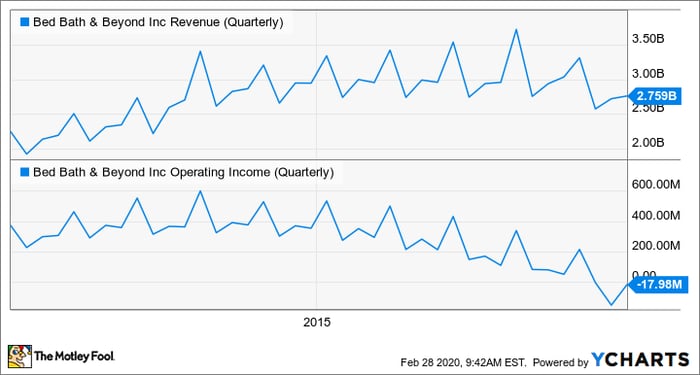 Relatively new CEO Mark Tritton has a plan to reverse Bed Bath & Beyond's downward fiscal trajectory. He committed $1 billion toward improving total shareholder value a week ago, $400 million of which would be invested directly in an improved customer experience within and outside of stores. Last month he announced a five-pillar revitalization program that would focus on improving the organization's basic retailing tenets like offering the right products at the right price, and doing so where consumers are shopping.

None of this news has impressed investors, however. Shares are down nearly 40% year to date, reaching a multi-month low on Thursday.