Please ensure Javascript is enabled for purposes of website accessibility
Log In Help Join The Motley Fool
Free Article Join Over 1 Million Premium Members And Get More In-Depth Stock Guidance and Research
By Rich Duprey - Mar 3, 2020 at 11:30AM

The home goods retailer sharpens its budget axe even further.

The situation at Bed Bath & Beyond (BBBY -0.40%) is becoming more dire as the home goods retailer continues making cuts. Its latest announcement revealed it would fire 500 workers, or about 10% of its workforce, mostly in management positions.

While the retailer touts the move as potentially saving it $85 million annually because it lowers sales, general, and administrative expenses, it still expects to incur net pre-tax charges of approximately $26 million associated with severance costs that will primarily be accounted for in its fiscal 2019 fourth quarter.

Even so, the company says it still has plenty of money available to buy back its stock as a sop to investors, having previously announced it will use $600 million for share repurchases, dividend payments, and debt reduction. 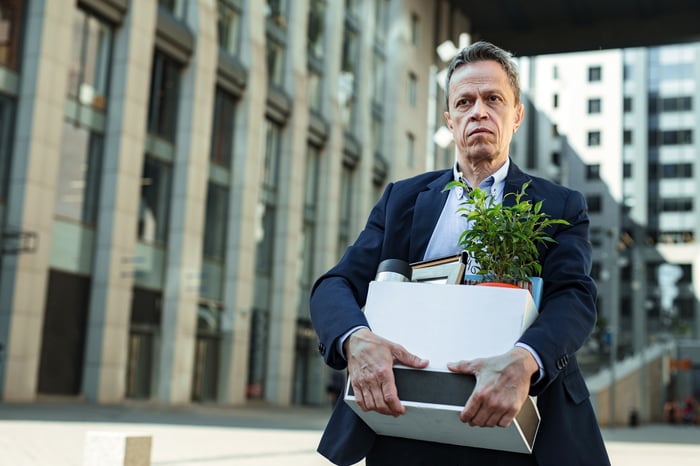 A dramatic change in direction

Since taking over the helm of the fast-sinking ship last November, CEO Mark Tritton has moved decisively to right the business. In just three months, Tritton has:

Despite needing a killer Christmas season to give it a lifeline extension, the holidays were actually horrible for the retailer.

Bed Bath & Beyond reported same-store sales for the first two months of the period dropped 5.4% from last year, though when seen on a calendar-adjusted basis for the extra sales week in the year-ago period, comps had actually plunged 13% year over year.

With time so short, Tritton needs to move fast to rein in costs and get consumers shopping its stores again.

In a statement announcing the new job cuts, the CEO said the cuts were focused on simplifying its operations, eliminating redundant functions, and outsourcing certain operations. The "extensive changes today to right-size our organization [are] part of our efforts to reconstruct a modern, durable business model," he said.

Tritton is seen as perhaps the last, best hope for Bed Bath & Beyond. He came from Target where he was the retailer's chief merchandising officer and he needs to come up with a vision to quickly remake the home goods company.

The plan he has set out for himself and the company now is to change the customer experience. The store remodel plan envisions a layout where the aisles are wider, the shelves less cluttered, the selection of goods narrower, and the checkout lines faster. He also wants to upgrade Bed Bath & Beyond's website.

Yet the problem is that prior management leadership, which was ejected after significant pressure was brought to bear by a trio of activist investors, also sought to achieve many of the same goals.

After years of neglect it invested heavily in its digital footprint and implemented a "show more, carry less" strategy that envisioned Bed Bath & Beyond's stores more as a showroom. If shoppers saw something they wanted, they could buy it on its website -- a dubious plan that left customers coming to its stores unable to walk out with the merchandise they wanted.

Bed Bath & Beyond still generates substantial free cash flow, though its ability has been substantially diminished in more recent periods. Over the last 12 months, free cash flow is just $250 million, a far cry from the $1 billion it used to routinely produce, and slightly more than a third of what it was generating just three years ago.

That suggests Tritton doesn't have much time to successfully change the retailer's direction, and that throwing investors a bone by buying back stock to prop up its earnings while slashing its workforce may be money misspent.