Please ensure Javascript is enabled for purposes of website accessibility
Log In Help Join The Motley Fool
Free Article Join Over 1 Million Premium Members And Get More In-Depth Stock Guidance and Research
By Lee Samaha - Mar 4, 2020 at 7:34AM

The industrial economy is always the sum of a number of moving parts, but in 2020, there appear to be even more of them than usual. Many industrial companies started the year anticipating an easing in the trade war and a second-half recovery story in U.S. manufacturing. However, now they are faced with the repercussions of the coronavirus, the ongoing grounding of the Boeing (BA 4.64%) 737 MAX, and as of late, the fear that prolonged lower oil prices could affect the spending plans of oil and gas related companies.

In this context, let's take a look at three companies who should give good color on matters.

If there's one event that could give the industrial sector a shot in the arm in 2020, it would be a relatively early return to service (RTS) for the 737 MAX and a consequent ramp in production by Boeing. The ramifications of the grounding are wide and far reaching, with even companies such as painting and coatings experts PPG and Stanley Black & Decker being affected -- not to mention major aerospace suppliers such as blue chip stocks General Electric (GE 3.33%) and United Technologies. 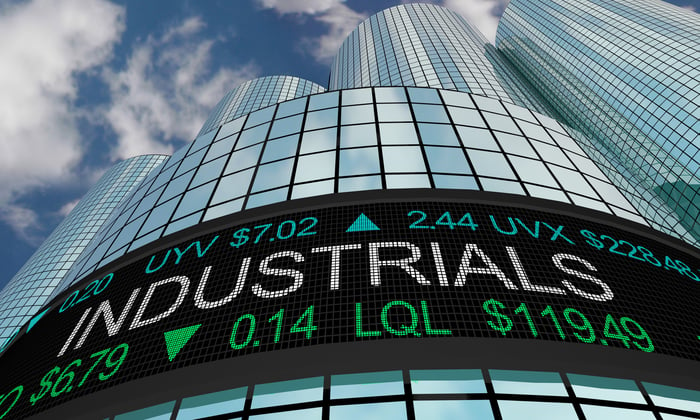 Following former Boeing CEO Dennis Muilenburg's overly optimistic expectation for an RTS in October of last year, the company has taken a more conservative stance and now expects it to happen in the middle of the year. However, hopes were raised in January when the Federal Aviation Administration's Steve Dickson was reported, by Reuters, as saying that Boeing's timeline was "very conservative."

While it's probably fanciful to expect anything concrete in March, investors should keep a close eye out for any public statements on the matter, either from the FAA or Boeing. An early RTS would bring forward some growth in the industrial economy and reduce a lot of uncertainty around aerospace suppliers and their workers.

The industrial giant's 2020 outlook will be provided in the first week of March, and investors and the market will be paying close attention to what CEO Larry Culp has to say. Expected are comments on the obvious issue of the coronavirus impact as well as an update on the ongoing grounding of the 737 MAX -- GE has a joint venture with Safran, CFM International, which provides the LEAP engine on the 737 MAX.

In addition, investors can look forward to hearing about operational improvements in power and an end market outlook for the gas turbine industry in 2020. Moreover, there's evidence to suggest that GE and Siemens are seeing weak conditions in their key healthcare products, namely imaging systems, and it will be fascinating to hear what Culp has to say about orders from Asia in the light of the coronavirus outbreak. Meanwhile, there appears to be ongoing pricing pressure in renewable energy.

A look at Siemens' recent earnings suggests that the swing factor in its earnings in 2020 will come from aviation, and on top of the 737 MAX RTS issue, there's also the question of what happens to GE Aviation's aftermarket sales if the coronavirus causes an ongoing slowdown in commercial passenger activity, particularly in Asia. There's a lot to discuss when GE gives its outlook.

The automation and commercial & residential solutions company always gives great color on the global industrial economy, and 2020 should be no different. It's important to keep an eye out for what Emerson Electric (EMR 2.81%) CEO David Farr says about the economy for two main reasons.

First, the company's ongoing updates on the impact of the coronavirus will be eagerly followed by investors looking for indication of what to expect from other companies. It's not just a problem of end demand from China; many companies, such as Emerson, are seeing production shutdowns as well as supply chain and logistics disruptions as a consequence.

Second, as one of the leading companies in process automation, Emerson is well placed to gauge whether falling commodities prices have caused hesitancy among oil and gas customers to sign of on large projects. For example, during the last earnings call, Farr talked of his concerns if the "coronavirus goes longer" and how it could delay LNG projects as the LNG would ultimately be "shipped to China" concluding that "the coronavirus has an impact on many, many things relative to our business base."

Key things to look out for

All told, keep a hopeful, and watchful eye out for any commentary on the Boeing 737 MAX. Meanwhile, GE and Emerson Electric's public pronouncements on the economic impact of the coronavirus on markets such aviation and oil and gas. The former could provide a positive boost while the latter threatens the idea of a second-half recovery.