From the day it was announced, Boeing's (BA 2.28%) KC-46A military aerial refueling tanker contract has encountered criticism. It's been criticized for being behind schedule, over budget, and even plagued by manufacturing defects. (And not for nothing, but way back at the beginning I pointed out that it wasn't going to make much money for Boeing).

But that doesn't mean no one likes the KC-46. Turns out, the tanker is very popular indeed ... in Israel. 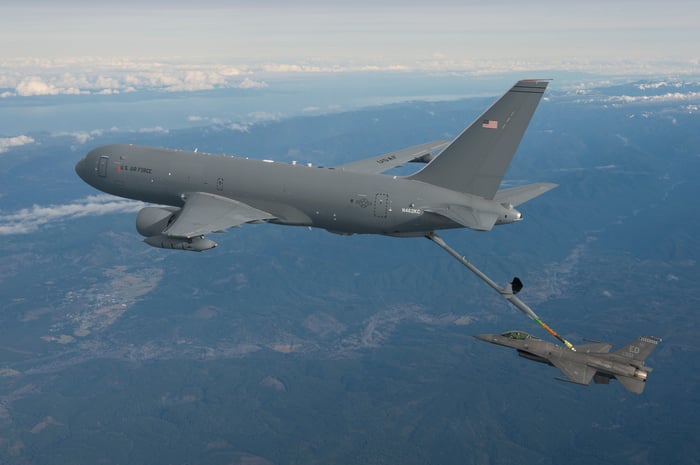 Total value of the contract, if Congress approves the sale: $2.4 billion.

Boeing was named the principal contractor for producing the aircraft, and Raytheon will take the lead on building the GPS receivers.

DSCA explained the sale by saying that "the United States is committed to the security of Israel, and it is vital to U.S. national interests to assist Israel to develop and maintain a strong and ready self-defense capability. This proposed sale is consistent with those objectives," adding that putting these tankers in the hands of a Mideast ally could "provide a redundant capability to U.S. assets within the region" in time of war, "potentially freeing [up other] U.S. assets for use elsewhere."

Despite the good news, Boeing stock is down 1.1% in noonday trading, suggesting Wall Street perhaps had already anticipated this sale announcement and factored it into their estimates.