National Beverage (FIZZ -6.93%), the company behind the LaCroix sparkling water brand, announced earnings results on Thursday that included some encouraging news for investors. 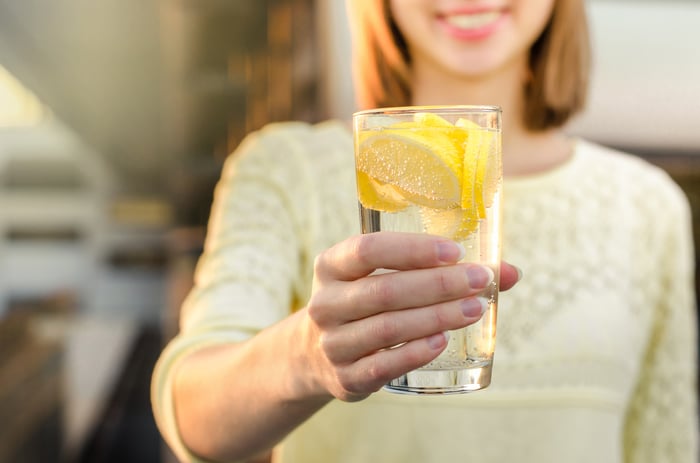 Sales rose by 1% and profitability ticked higher thanks to a rebound in demand for its LaCroix brand. Revenue gains benefited from a 2% increase in sales volumes to mark a significant improvement from the 11% decline National Beverage reported three months ago.

In a press release, the company credited its sparkling water brand for showing encouraging progress after slumping in the wake of bad publicity and a surge in competition. "LaCroix has returned to positive growth," executives said, "in a much different sparkling water category than existed prior to October 2018, when litigation slowed the growth of LaCroix."

National Beverage still has some work ahead in its rebound initiative. Sales are down over the last nine months, after all, and profitability is significantly lower than it was before the LaCroix franchise began slowing its expansion rate in late 2018. Management is hoping that new flavor launches, including two that are now being sent to retailers around the country, will help it achieve that rebound and once again challenge the major soda giants.