Please ensure Javascript is enabled for purposes of website accessibility
Log In Help Join The Motley Fool
Free Article Join Over 1 Million Premium Members And Get More In-Depth Stock Guidance and Research
By John Rosevear - Mar 9, 2020 at 10:24AM

An oil crash and virus fears have traders worried about the economy.

Shares of Ford Motor Company (F -1.06%) were down sharply on Monday, as a collapse in oil prices and growing concerns about the novel coronavirus, COVID-19, sparked a broad-based market sell-off.

As of 10 a.m. EDT, Ford's shares were down about 7% from Friday's closing price.

At first glance, a big drop in oil prices might seem bullish for Ford, given that it generates the majority of its profits from the sale of trucks, SUVs, and commercial vehicles. But there's a larger concern at play here: The coronavirus epidemic and the drop in oil prices have many traders worried about a recession, and recessions are bad news for automakers. 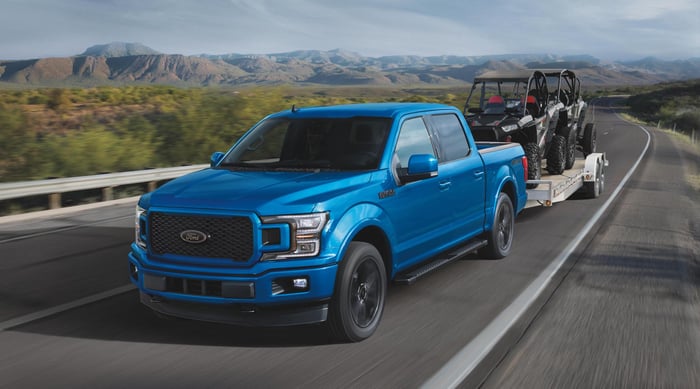 Automakers like Ford are cyclical businesses, meaning their sales and profits rise and fall with consumer confidence. Because automakers have such huge fixed costs (plants, equipment, labor contracts), they need a high level of sales just to break even -- but sales tend to fall sharply during recessions, and automakers' profits tend to fall even more.

Put another way, a 20% decline in sales would cost Ford (and its rivals) much more than 20% of its operating profits.

In China, where government authorities have mounted an aggressive response to the epidemic, auto sales fell 80% in February. A similar situation in the United States would hit Ford very hard.

It's still too early to tell how the coronavirus will play out in the United States and much of Europe. But given China's example, it's reasonable for Ford investors to worry about what might lie ahead, even if gas prices are headed downward.