With crude prices in freefall and much to lose, Mexico steps up to mediate the row between OPEC and Russia.

Crude oil prices have fallen sharply in recent weeks, as OPEC leader Saudi Arabia pivoted from working with other large state-controlled producers to stabilize prices with shared cuts, to all-out price war when Russia balked at helping prop up prices by cutting output.

On March 11, things intensified as the United Arab Emirates -- OPEC's third-largest producer -- joined Saudi Arabia in plans to increase oil production. Adding even more fuel to the fire, Saudi Aramco, the Saudi-controlled oil company, doubled-down on its plans, announcing that it would grow production in April to 13 million barrels per day, 1 million barrels higher than the 12 million it said it would target over the weekend. 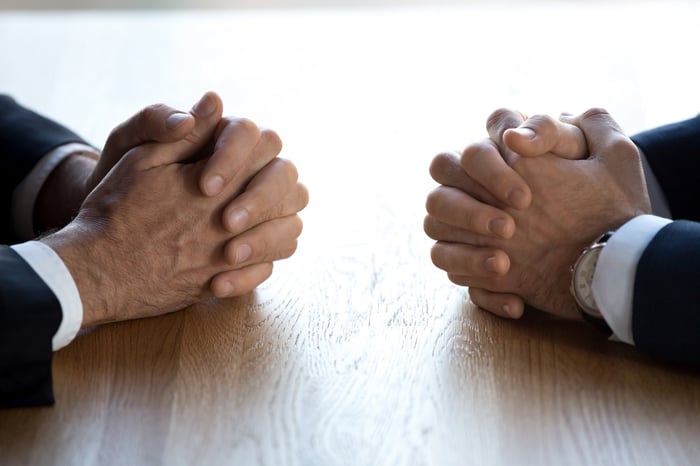 As a result, crude oil prices are down sharply again on the 11th. As of 2:49 PM EDT the international Brent and U.S. West Texas crude benchmarks are down 3.7% and 4.3% respectively. Both are now at their lowest levels since early 2016, and down by almost half in barely two months' time.

Markets are fearing that this could prove to be a protracted period of depressed prices, as Saudi Arabia and its cohorts make a concerted effort to push higher-cost crude oil out of the global market. Some of the largest integrated energy companies have lost as much as 46% their value this year, including ExxonMobil (XOM 0.79%), Royal Dutch Shell (RDS.A)(RDS.B), BP PLC (BP 0.81%) and Total SA (TTE -0.29%). 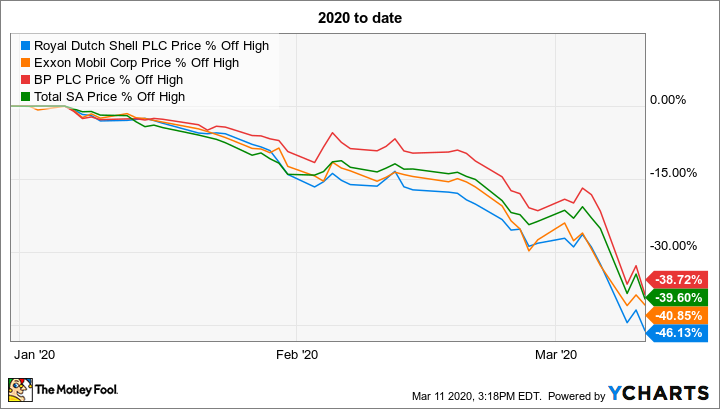 Mexico offers to "build a bridge" between warring producers

Yesterday, Mexican Finance Minister Arturo Herrera cited his country's past record in helping mediate prior disagreements between major oil states, as well as an economy that's less exposed to oil prices. According to Herrera, his country is already looking at potential channels to start discussions between the warring factions.

Whether the country can intervene remains to be seen. Saudi Arabia seemed to pivot very quickly from market stabilization to driving prices down to push marginal barrels out of the market, but with the U.A.E. now joining ranks with its bigger OPEC ally, it may be unlikely that anything short of full capitulation by Russia -- and potentially driving many smaller U.S. shale producers out of business -- is the only thing that will get the Saudis to turn off the taps.