A prolonged economic downturn could cause turbulence for one of Amazon's cargo airline partners.

Shares of Atlas Air Worldwide Holdings (AAWW 0.28%) fell more than 15% on Wednesday, as concerns grew the global economy could fall into a recession. Atlas, one of the companies providing the cargo planes for Amazon.com's growing logistics operation, is seen by some as ill prepared for a slowdown.

Shipping companies were under pressure from investors coming into 2020 because of concerns about a slowing global economy, and those fears have only grown as the COVID-19 coronavirus has accelerated globally and slowed industrial production. The markets are growing increasingly concerned there could be a recession, causing freight volumes to fall for an extended period. 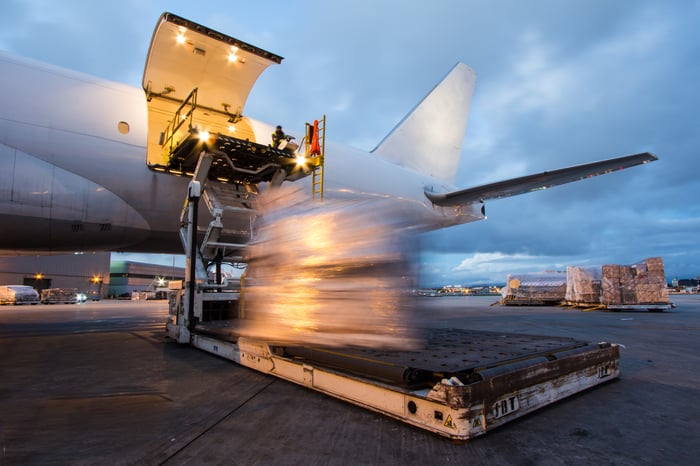 Atlas is under particular scrutiny because it carries $2.9 billion in debt on its balance sheet. It also has long-running labor issues with its pilots stemming back to a 2016 acquisition that at times have left it unable to staff its flights. Should a slowdown occur it is possible Amazon could decide to prune some of its flying, cutting into Atlas' growth plans.

Atlas shares got a big boost on Feb. 20 when it reported fourth quarter adjusted earnings that came in much better than expected, but the stock has been heading in the wrong direction since. Shares of Atlas are now down more than 40% since that jump.

Some believe the stock has fallen too far. Stifel analyst David Ross in a note out Wednesday called the sell-off "crazy," saying the business is much healthier than perceived and should be able to ride out the current issues. That might be true, but in a risk-off market investors are in no mood to sit tight and let the situation play out.