Investors are weighing the possible impact of coronavirus in the U.S.

Shares of General Motors (GM -0.49%) were falling again on Wednesday, as analysts and investors considered the potential impact of a broader outbreak of the novel coronavirus in North America.

Wall Street analysts are weighing the possibility that a major U.S. outbreak of COVID-19, the illness caused by the novel coronavirus, could force GM and other automakers to reduce production or even close factories for several weeks in the second quarter. 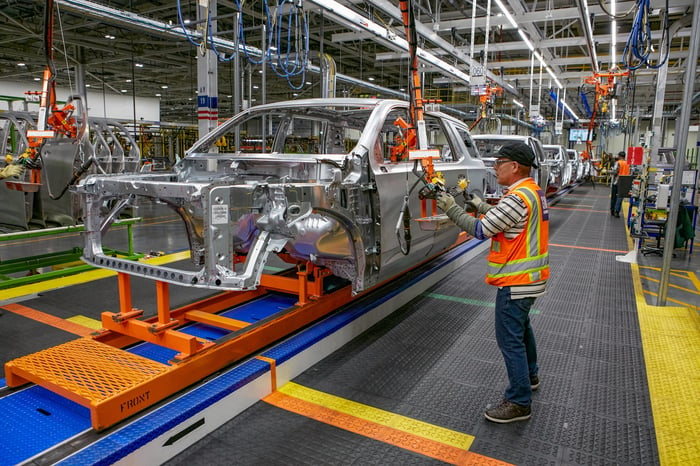 It's not clear whether that would happen, however. While China's government ordered factories to shut down as part of a drastic official response to the outbreak, most auto factories in Italy have managed to remain open despite government quarantine restrictions.

Fiat Chrysler Automobiles (FCAU) said on Wednesday that it is temporarily halting production at four Italian plants in order to institute virus-control measures, but those halts are only expected to last for a few days. The company doesn't anticipate a significant impact on its total production as of right now.

Ferrari (RACE -2.53%), which operates one factory in Maranello, near Modena, said on Monday it has been able to maintain production for the time being despite the government restrictions and increased sanitization measures.

Shutdowns of GM's U.S. factories for more than a few days could cause the company to burn several billion dollars in cash as it struggles to keep its supply lines open and bills paid. That wouldn't be a crisis -- GM had $23 billion in its cash reserve as of Dec. 31 -- but it would be a heavy burden.

For the moment, the possibility remains hypothetical, but GM investors should watch the situation in Italy for clues to how the virus's impact might unfold in the United States in coming weeks.