James Monsees can no longer be found in the e-cigarette-maker's boardroom.

One of the two founders of embattled e-cigarette maker Juul Labs is stepping down from his position. James Monsees has vacated his seat on the privately held company's board, Juul said late on Thursday.

In an email Monsees sent to Juul employees that was disseminated among numerous media outlets, he wrote that he was eager to spend more time with his family and with other pursuits besides the company. He was married last year.

It was not immediately apparent if Juul appointed a successor. 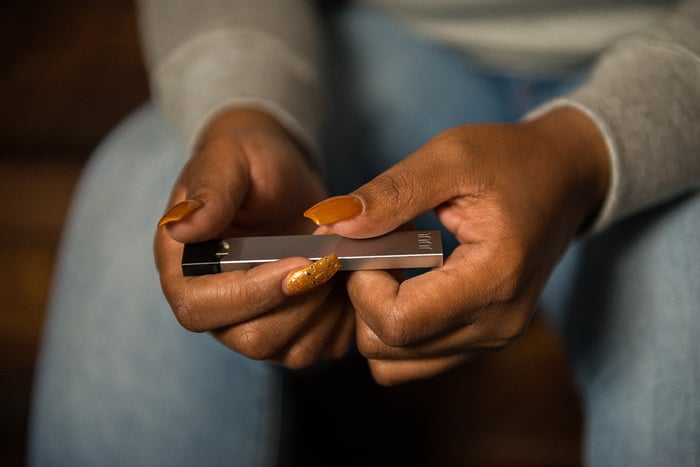 Monsees and Adam Bowen, both from the product-design field, founded a vaporizer maker named Ploom in 2007. Several name changes and a corporate spinoff later, that business bore the name of its anchor product, Juul. Last October, however, both Monsees and Bowen retreated from day-to-day responsibilities at the company by stepping down from their jobs as chief product officer and chief technology officer, respectively, to work in advisory positions.

In late 2018, Juul's profile was raised significantly when tobacco giant Altria (MO 0.04%) bought a 35% stake in the company.

The relationship between Juul and Altria has come under strain with the increasing public and regulatory scrutiny of Juul's products. Altria took a significant impairment charge for its investment in its most recently reported quarter, and the move helped push the company deeply into the red for the period.

Altria has not yet commented on Monsees' relinquishment of his board seat. The share price of the tobacco giant, seen by many investors as a leading dividend stock on the New York Stock Exchange, fell by 10% in trading on Thursday.