On Dec. 20, 2018, U.S. Marlboro cigarette maker Altria (NYSE:MO) announced it acquired a 35% stake in the privately held e-cigarette company Juul Labs for $12.8 billion. When the news broke, Altria was trading around $51 per share (although the stock was trading in the low $60s before the rumors surfaced).

Over this summer and fall, a deluge of illnesses and deaths tied to vaping have surfaced. This has pressured Altria's stock price further causing its market cap to shed around $9.3 billion since the deal, essentially removing the entire investment from Altria's market capitalization. But this severe overreaction will soon correct itself as the vaping illnesses now appear tied to Vitamin E acetate, a substance that Juul does not use in its products.

A "breakthrough" by the CDC

On Nov. 8, the Center for Disease Control and Prevention (CDC) updated the public on its investigation into the vaping illnesses in a press release. It said, "There have now been 2,051 cases of vaping-related illnesses spread across 49 states, the District of Columbia and the U.S. Virgin Islands." The CDC also confirmed 39 deaths, with Massachusetts reporting an additional death last Wednesday, not yet confirmed by the CDC. While clearly a tragedy caused by a lack of regulatory oversight, clues are emerging as to what happened. 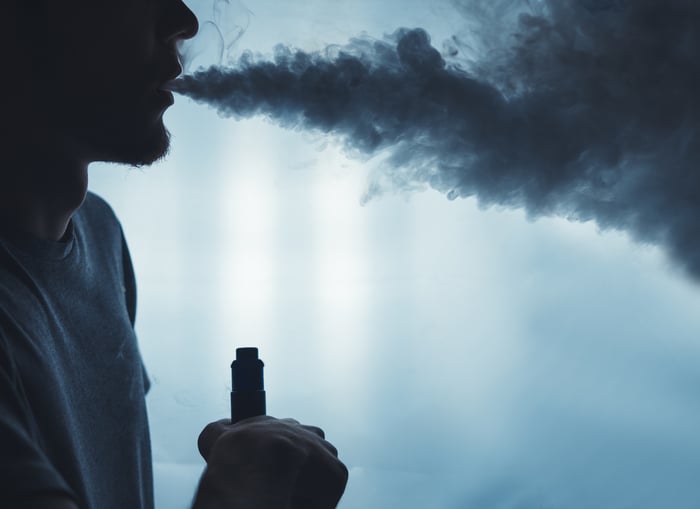 Vaping is not a new phenomenon. Vaping has been available in the U.S. for over a decade and even longer overseas. So why now are these illnesses emerging? The CDC thinks it has found a significant clue. According to its press release, "Vitamin E oil was detected in all 29 samples taken from vaping patients tested by the CDC." These samples were taken from fluid from the lungs of these patients across 10 different states. A CDC official described the finding as "a breakthrough."

"For the first time, we have detected a potential toxin of concern," said Anne Schuchat, the principal deputy director at the CDC. "These findings provide direct evidence of vitamin E acetate (an oil) at the primary site of injury within the lung." While this finding is not enough to be labeled a cause, according to Schuchat, and further testing will be needed, it is the leading hypothesis.

According to the Wall Street Journal, Juul said its products do not contain vitamin E acetate or THC. So if vitamin E oil ends up being the culprit, Juul and Altria will be in the clear, at least with concern to the illnesses.

However, this recent health scare has had significant repercussions on the vaping industry. Multiple vaping bans have been put in place in various cities, states, even countries, and there are multiple ongoing investigations and probes, including some that are criminal. But once the regulators take control of the industry, the current hysteria around how risky vaping is today will die down. Regulation will actually be a positive for the industry. Facts will eventually replace hysteria and the industry should return to growth. Vaping is a clear safer alternative to traditional smoking and helps many current smokers switch to a safer form of nicotine delivery.

A tarnished Juul in need of a polish

Today, Altria is performing well operationally, as its recent third-quarter results showed. Right now, revenue growth can be maintained through price increases while volumes continue to decline. But the next stage of growth in the tobacco industry will be moving current smokers to safer alternatives. Altria is well-positioned to capitalize on this trend with its recently launched IQOS product in the U.S. and its global opportunity with Juul, a large opportunity that is being significantly discounted today.

Altria is guiding to compounded EPS growth through 2022 between 5% and 8% off of its 2019 earnings base, which is expected to finish at around $4.23. Coupled with a current dividend yield of 7.2%, this should lead investors to a total return in the low-teens on a compounded basis without assuming any increase in the P/E multiple. Further, given the stock is currently trading at roughly 10x forward earnings, the potential for multiple expansion can not be ruled out. Applying a more appropriate multiple of 14x would yield a stock price in the low $60s, representing upside of approximately 35%.

Altria is currently in possession of a diamond in the rough. Its name is Juul. Take advantage of this opportunity before this Juul becomes polished.