The big name in fast-food tacos is answering the competition with a trio of new breakfast burritos.

Fans of fast food breakfast have yet another new choice. Following Wendy's (WEN 4.76%) relaunch of a nationwide breakfast menu on March 2 and McDonald's (MCD 1.77%) National Egg McMuffin Day, which offered free food as a means of steering people to the chain's mobile app, Taco Bell announced a new lineup of pressed breakfast burritos on Thursday of this week. 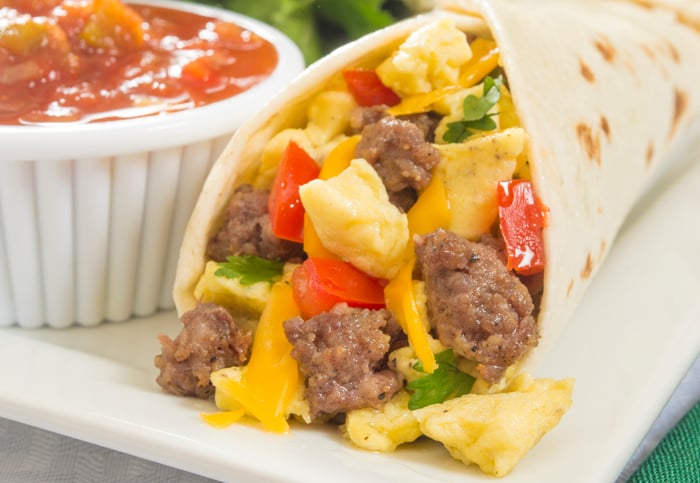 The ramped-up efforts to win over breakfast customers is more evidence that the lunch and dinner markets are nearly saturated, with major fast-food restaurants more likely to swap customers than create new ones. Breakfast is one arena that still offers growth potential, and surprisingly enough, even greater income potential. Barclays analyst Jeffrey Bernstein noted earlier this year that breakfast accounts for about 40% of McDonald's total profits. Meanwhile, Wendy's suggests the reboot of its breakfast offerings will drive between $600 million and $800 million in revenue this year, which is roughly between 6% and 8% of its total annual sales.

Taco Bell -- part of the Yum! Brands (YUM 1.86%) family that also owns Pizza Hut and KFC -- has offered breakfast choices since 2014, and it now accounts for about one-tenth of its business. The debut of three new breakfast burritos could expand that proportion by drawing in breakfast customers not currently served by the chain.