After the sell-off comes the recovery. But how long can it last?

Travel industry stocks took it on the chin Thursday, but today, they're getting some of their losses back. 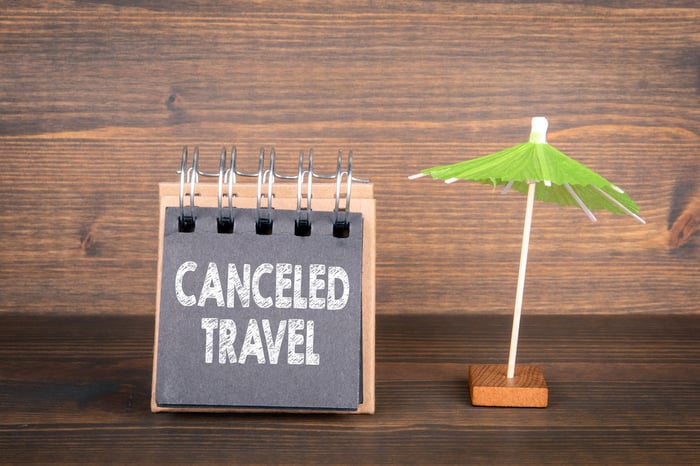 After a day as massively bad as Thursday was, aren't these stocks due for at least a dead-cat bounce?

It really depends on what Washington has to say about it. Pundits are ascribing much (if not all) of today's early rally to hopes that Thursday's sell-off will scare Congress and the White House into passing some sort of massive stimulus package to help stabilize the economy before COVID-19 can knock it entirely off the rails.

But that seems to be putting an awful lot of faith in a political class that's most often been described as dysfunctional these past few years. Just yesterday, it arguably sparked the biggest stock sell-off since the 1987 Wall Street crash through its failure to coordinate an immediate plan of action.

Meanwhile, here on the front lines of the economy, airlines are cutting flights and cruise lines are canceling cruises. Marriott stock just got its target price slashed by more than 25% at Nomura Instinet, which says the hotel chain is facing a 10% to 15% decline in room bookings in Q2 and Q3, according to TheFly.com.

And Expedia itself just withdrew its guidance for all of fiscal 2020, warning that "as COVID-19 has rapidly spread from Asia to Europe and North America over the past few weeks, travel trends have continued to worsen" and "it remains difficult to predict how long this pandemic will persist."

No such similar bad news has come out of TripAdvisor just yet. But it's hard to imagine that the kinds of trends that all these other travel companies are describing will leave it unscathed. The hard times for investors in travel and leisure stocks may not be done yet, and a full-blown recession remains a distinct possibility