Shares of manufacturing stocks rebounded strongly in the final hour of trading Friday, after President Trump declared coronavirus a "national emergency" and announced a series of measures to combat it. 3M (MMM 1.22%), maker of the N95 face masks that are popularly believed to protect wearers from the virus, was one beneficiary, with its stock closing up 6.1% on the day -- but other companies did even better. 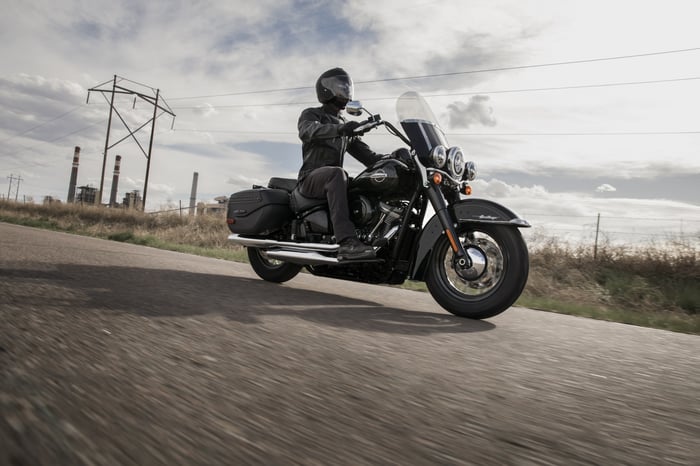 So what did the President have to say about government support for industry, that got investors in blue chip industrials stocks so excited? Actually, not a lot. President Trump announced plans to make billions of dollars in federal funds available to support "states and territories and localities in our shared fight against this disease," and I suppose that could have an effect upon face mask production at 3M, for example (although that's only a sliver of the company's business).

He announced plans to institute "drive-through" testing in retail parking lots for people who think they might have contracted COVID-19, and to accelerate government approval of new tests for the disease. The government will also waive collection of interest on student loans it has guaranteed, and buy some extra oil for the Strategic Petroleum Reserve.

But other than that, there really wasn't a whole lot on the announcement that would suggest massive government support for any of these three companies in particular.

Does that bode ill for how the stocks will perform in the coming week? Not necessarily -- but perhaps. In the case of Harley-Davidson, for example, the stock's low price after the recent stock market sell-off -- barely 10 times earnings -- may provide a reason for investors to keep buying it, even without some massive government-funded program to support American industry.

In contrast, at more than 19 times earnings, 3M isn't all that much cheaper than S&P 500 stocks in general, while Tennant Company, at 38 times earnings, is so expensive that I wonder if it, at least, might remain susceptible to further selling pressure.

Ultimately, it's not coronavirus that will determine how these stocks perform, nor the government's response to coronavirus -- but the valuations on the stocks themselves. Selloffs like this one are a time to seek out and buy bargains, not gamble on the hope that still-expensive stocks will get more so.