Please ensure Javascript is enabled for purposes of website accessibility
Log In Help Join The Motley Fool
Free Article Join Over 1 Million Premium Members And Get More In-Depth Stock Guidance and Research
By Billy Duberstein - Mar 18, 2020 at 9:10AM

We now know who the large seller of Roku shares was.

That was a very worrying sign that large shareholders may have wanted out of the high-flying growth stock at just about any price. After all, Roku topped $176 per share as recently as last August, so to see a large shareholder wanting out at $60 was not what shareholders wanted to hear.

However, we now know who the big seller was, and the answer to the question should probably make Roku shareholders breathe a bit easier -- at least, as easy as one can breathe in this environment. 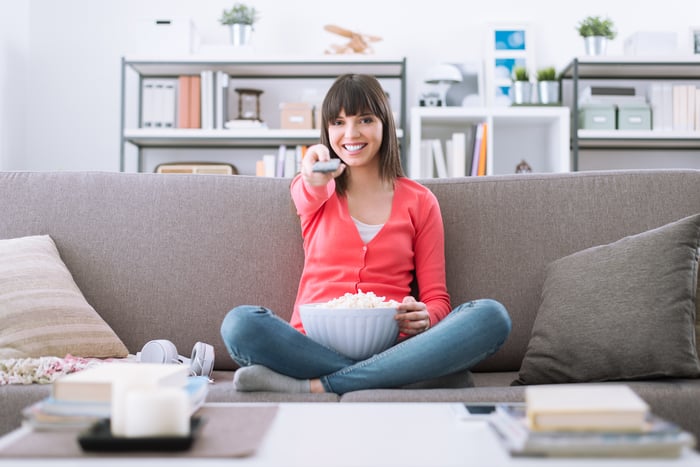 It turns out that Morgan Stanley was acting as an intermediary for Fox (FOX -0.27%) (FOXA -0.21%), which had retained its news and sports divisions after selling its massive movie studio and other television channels to Disney (DIS -1.41%) almost exactly one year ago.

Fox had been a pre-IPO investor in Roku since 2013, good for a 5% stake. Apparently, Fox had earmarked its Roku winnings to buy Tubi for $440 million, a deal that was announced on Tuesday. Tubi is a free streaming service that sells ads to make money.

Fox is likely making the Tubi purchase in an effort for self-preservation. As more and more of the world cuts the cord on traditional linear TV, companies like Fox, which retained sports and news programming as the last bastions of the cable bundle, may feel the need to adapt in case even sports and news aren't enough to retain large cable audiences anymore.

That means Fox needs a streaming option, and Tubi is just that. Tubi licenses non-exclusive films and TV shows, and claims that customers spend 160 million hours per month on its platform in total. Likely, Fox will add local news and sports to Tubi's current licensed offerings.

Fox said in a statement that it is "essentially exchanging a passively held minority investment for full ownership and control of a leadership position in the free ad-supported streaming market." That's not totally the case, as the bargain-basement price it received for Roku only amounted to about $350 million, assuming a 6-million-share sale at $58 per share. That's well short of $440 million, and likely the reason that Fox panic-sold its stake after a massive drop in Roku's share price. If Roku continued to fall, it's likely Fox would have had difficulty paying up for Tubi, potentially endangering the deal altogether.

Roku shareholders can exhale -- for now

For downtrodden Roku shareholders that have seen the stock fall a whopping 65% from its all-time highs, there's no doubt that last night's news was a relief. That's because it shows the sale was something of a panic sale for a specific purpose, not necessarily a statement about large shareholders' negative views on Roku.

That being said, Roku's stock is still a story about massive future growth. So if a global recession severely eats into advertising revenue, shareholders still may have tough times ahead. But at least for now, shareholders can cling to this bit of "less bad" news.