Is President Bolsonaro not taking this crisis seriously enough? 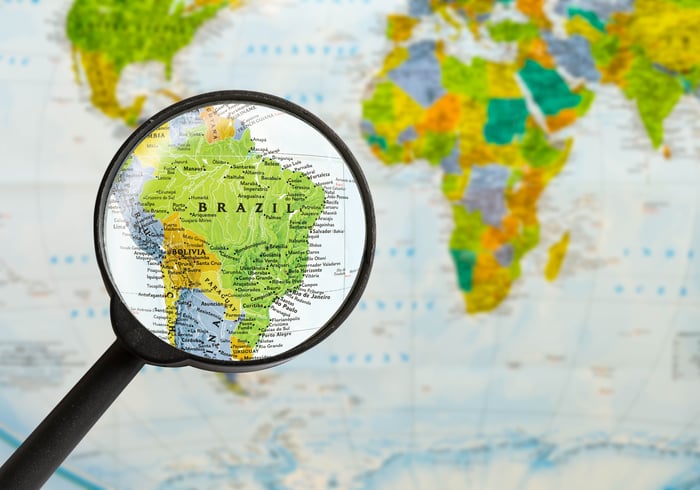 Coronavirus, it seems, has reached Brazil -- and the coronavirus-fueled stock market sell-off as well.

According to Johns Hopkins University, Brazil still has only passing exposure to the contagion -- 372 confirmed cases today, and only three deaths. But the Brazilian health minister warns that these "official" figures may not be accurate, and Brazil's numbers are certain to rise -- and is calling for stricter government controls to get ahead of the curve.

President Jair Bolsonaro, on the other hand, thinks coronavirus fears are bordering on "hysteria" and yesterday cast doubt on the need for "banning this and that ... to contain the spread." In Bolsonaro's view, "the economy has to function because we can't have a wave of unemployment" -- implying that Brazil may in fact not take drastic action to head off a wider outbreak.

Suffice it to say that "keep calm and quit carrying on so much about coronavirus" is not what investors wanted to hear today.

Seeing how quickly a handful of initial cases have ballooned into thousands of infections in other countries that didn't take the threat seriously, they're punishing Brazilian stocks for the Brazilian president's lackadaisical attitude to the contagion.

Until his attitude changes, I fear that investors' attitude won't either.