In its latest earnings report, the company provided investors with calming perspective on its staying power.

While companies in a range of industries may be under an existential threat from the virtual shutdown of global economic activity, contemporary furniture manufacturer Herman Miller (MLKN 1.55%) tried to put the impact of the COVID-19 pandemic in perspective in its latest earnings report.

In the company's fiscal third-quarter 2020 earnings results, released after the close of trading on Wednesday, management withdrew forward earnings guidance, while also projecting that for now, the company is equipped to withstand the near-term effects of the coronavirus. Below, as we discuss the quarter and management's thoughts on the wide-ranging epidemic, bear in mind that all comparative numbers refer to those of the prior-year quarter. 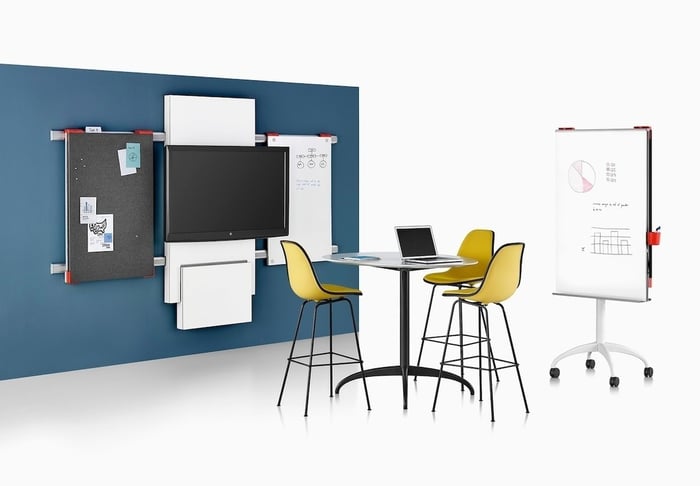 In the company's earnings press release, CEO Andi Owen emphasized that despite uneven order flow in the third quarter, Herman Miller delivered adjusted EPS ahead of its target range of $0.68 to $0.72. Owen said that the temporary closing of the company's China facility in the third quarter affected international sales by $6 million, and added that the company is refraining from providing fourth-quarter guidance due to business uncertainty stemming from the COVID-19 outbreak.

Stutz, in turn, signaled to investors that the company isn't facing a liquidity crunch or threat of imminent financial distress. This type of scenario is rapidly emerging among service industries (and some manufacturing sectors) as businesses and public life shut down in the U.S. in order to thwart the spread of the coronavirus. Stutz said, "Our financial performance also continued to generate robust operating cash flows, and we maintain a strong balance sheet that provides us with ample liquidity and flexibility to both navigate the uncertain near-term climate and fuel investment opportunities in support of our growth strategy."

Thus, for now, Herman Miller's management is conveying to shareholders that the company has adequate resources to ensure business continuity in the near term. Indeed, the manufacturer has just $275 million of long-term debt on its books, against $837 million in stockholder equity. The company has generated positive operating cash flow of $192 million on roughly $2 billion in sales through the first nine months of fiscal 2020.

Despite the absence of fourth-quarter guidance, shareholders appeared relieved by management's avowal of resources to carry it to the other side of the pandemic. Shares of the small-cap design icon rose as much as 5% in early morning trading on Thursday.