Please ensure Javascript is enabled for purposes of website accessibility
Log In Help Join The Motley Fool
Free Article Join Over 1 Million Premium Members And Get More In-Depth Stock Guidance and Research
By John Rosevear - Mar 19, 2020 at 11:49AM

A day after shutting down production, Ford suspended its dividend.

Shares of Ford Motor (F -1.25%) were trading lower on Thursday, after the company said that it is suspending its dividend and drawing down its lines of credit as it braces for a period of factory shutdowns.

As of 11 a.m. EDT, the automaker's stock was down about 4.7% from Wednesday's closing price.

Ford said that is borrowing $15.4 billion from its existing lines of credit, and that it has suspended its $0.15 quarterly dividend, to bolster its balance sheet as it braces for a period of much lower revenue. 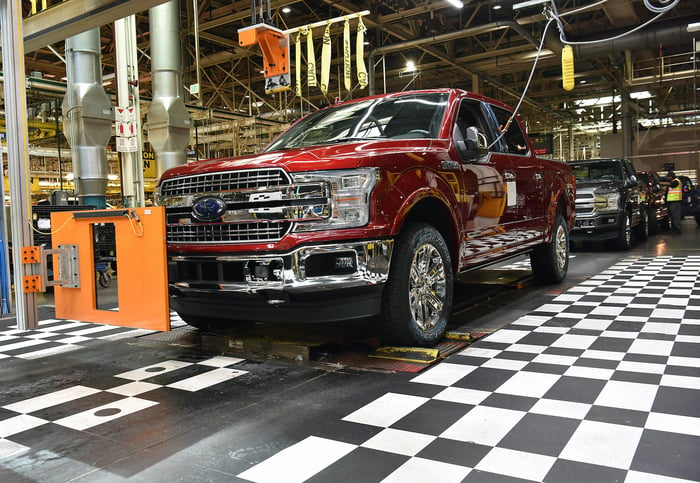 Ford is shutting down all of its factories in North America, and many in Europe, in response to the coronavirus pandemic. Image source: Ford Motor.

Ford said on Tuesday that it it is shutting down several of its European factories for similar reasons.

In addition to addressing concerns about workers' health, the shutdowns will help Ford manage its inventories. Auto sales are expected to drop sharply for a period as consumers heed health authorities' advice to stay home, in order to limit the spread of the virus.

For Ford investors, there's no doubt about it: The dividend cut hurts. But it's the right thing for the company to do today.

Not surprisingly, Ford also withdrew its prior guidance for 2020. The company said that it will provide updates and more information when it reports its first-quarter earnings results next month.