New York and Illinois have joined California in banning residents being out in public unnecessarily.

Less than one day after Gov. Gavin Newsom announced a stay-at-home requirement for California's nearly 40 million residents, New York and Illinois have placed similar orders on their residents. That puts more than 72 million Americans in those three states under lockdown requirements aimed at arresting the spread of COVID-19, the deadly illness caused by coronavirus.

The New York Stock Exchange and the Chicago options and futures exchanges had already announced plans to suspend floor trading and switch to electronic trading during this crisis. 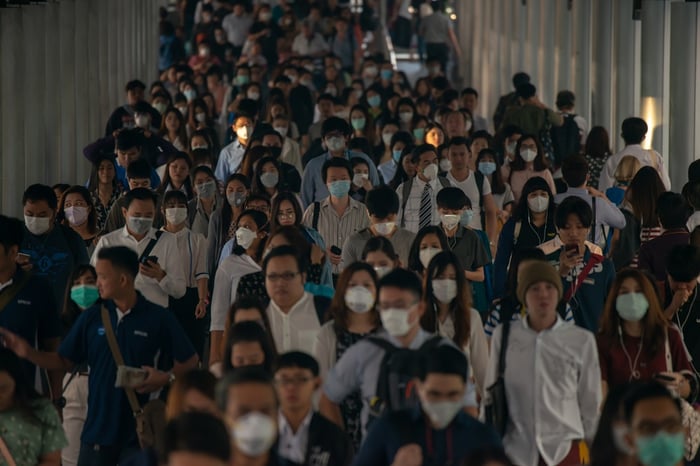 Economic impact expected to be severe

The efforts to slow the spread of COVID-19 are seen as necessary. The illness poses a significant threat to older people and anyone with certain health conditions, while also causing permanent lung damage to people across the age spectrum.

The impact of those efforts are already affecting millions of people. Early estimates are that the U.S. economy is already in recession, and the initial decline in economic activity could be far worse than the country experienced during the 2008 global financial crisis.

The federal government is taking steps to soften the blow, but markets have reacted strongly: The S&P 500 has lost more than 30% of its value since its 2020 peak about a month ago.