Please ensure Javascript is enabled for purposes of website accessibility
Log In Help Join The Motley Fool
Free Article Join Over 1 Million Premium Members And Get More In-Depth Stock Guidance and Research
By John Rosevear - Mar 23, 2020 at 10:58AM

Ford Motor Company (F -2.67%) said on Monday that it has decided to temporarily shut down its factories in India, South Africa, Thailand, and Vietnam in response to the fast-growing coronavirus pandemic.

Ford said that it suspended production at its factories in the four countries as of Saturday, March 21. The shutdowns will last for "several weeks" depending on the local situations and government requirements, Ford said.

"The health and safety of our employees, dealers, customers, partners and communities is our highest priority," said Mark Ovenden, president of Ford's International Markets Group. "We are continuing to act in real time and taking added safety measures" by shutting down these factories, he said. 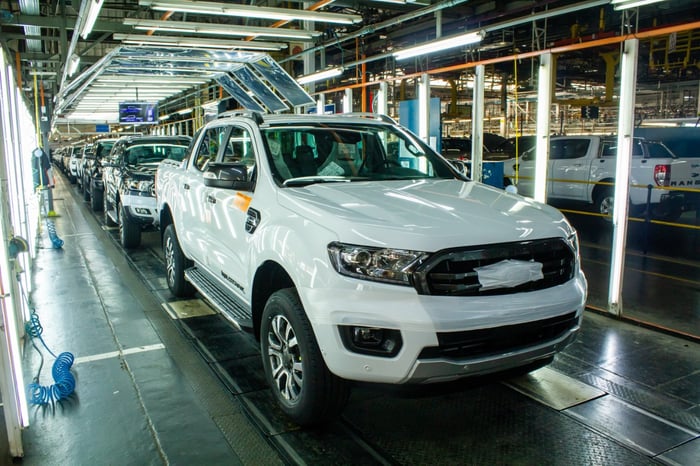 Eight Ford plants are affected, including four in India, two in South Africa, and one each in Vietnam and Thailand.

Last week, Ford shut down its plants in continental Europe, the U.K., and North America in response to the pandemic. The company also moved to hoard cash, suspending its dividend and drawing down $15.4 billion from its credit lines as it hunkers down for an extended production halt.

Ford said that it will use the cash to continue its future-product development efforts to the extent possible during the extended shutdowns. It has ordered all of its employees outside of China to work from home if they can for the time being.

Ford is not seeking any immediate government assistance in the United States.