Please ensure Javascript is enabled for purposes of website accessibility
Log In Help Join The Motley Fool
Free Article Join Over 1 Million Premium Members And Get More In-Depth Stock Guidance and Research
By John Ballard - Mar 24, 2020 at 11:05AM

Low prices and plenty of cash should serve the retailer well in the short term.

Five Below (FIVE 1.83%) announced earnings for the fourth quarter last week that were in line with management's previously revised outlook. The discount chain opened six new stores during the quarter and delivered nearly 24% growth in earnings.

However, the near term will get bumpy due to the COVID-19 outbreak. Five Below has temporarily closed all of its stores through March 31. Understandably, the stock price has dropped sharply over the last month, as investors discount a recession in the short term.

But during the recent earnings call, management offered a few reasons why they remain confident in the company's ability to weather a slowdown in consumer spending. 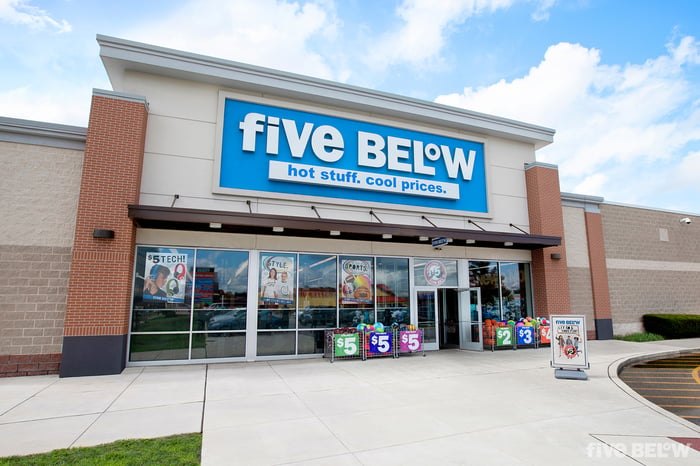 It's an unprecedented situation for retailers across the country. "We are operating in an environment that is rapidly changing, and we are adapting quickly," CFO Kenneth Bull said. However, Bull also emphasized the company's financial strength to weather the storm.

The company ended the recent quarter on Feb. 1 with $261.7 million in cash and short-term investments and no long-term debt. That's financial fortitude.

Of course, it also helps in this environment to be in business selling products at affordable prices. Many items Five Below sells are no more than $5, as its name implies. Clearly, the company must keep costs extremely low to sell, for example, a gaming headset that cheap.

Selling merchandise at ultra-low prices helped Five Below navigate the last recession in 2008. "I think this will be a place where customers are going to turn to us as they look for value and stretch their dollar until things get back to a more normal type of period," CEO Joel Anderson said during the call.