Please ensure Javascript is enabled for purposes of website accessibility
Log In Help Join The Motley Fool
Free Article Join Over 1 Million Premium Members And Get More In-Depth Stock Guidance and Research
By Scott Levine - Mar 27, 2020 at 11:40AM

As the pandemic spreads, the challenges continue to mount for Elon Musk.

Tesla (TSLA 3.89%) ran into a major roadblock this week as it yielded to authorities and closed its factory in Fremont, California, due to the coronavirus pandemic. The company's woes, however, extend beyond the Golden State and into the Silver State, as Tesla plans on reducing on-site staff at its Gigafactory in Nevada by about 75% according to Austin Osborne, County Manager for Storey County.

Although the staffing reductions are imminent, the number of employees who will be affected and the length of the reduction remain unclear. 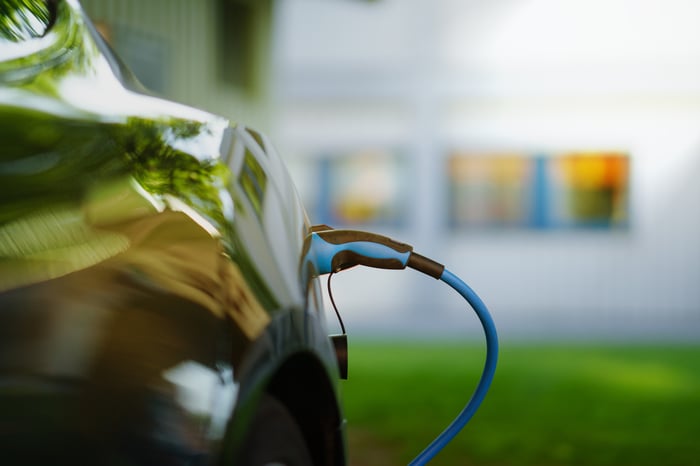 The United States isn't the only setting for Tesla's struggle against the COVID-19 outbreak. According to the EV news website Electrek, Tesla will also be reducing staff in Norway as demand for the company's EVs wanes. Electrek reports that a leaked email from Axel Tangen, Tesla's director of Northern Europe, states that the company's "current capacity is higher than the actual work available to us, due to uncertainty and restrictions caused by the coronavirus outbreak. Sadly, this means that our staffing need will be lower than normal for some time to come."

While Tesla plans on laying off workers to manage costs, other auto manufacturers are implementing strategies to keep employees on the payroll. Ford and GM are both attempting to forego furloughs by reducing salaries, in some cases, while cutting back on benefits in others.