Please ensure Javascript is enabled for purposes of website accessibility
Log In Help Join The Motley Fool
Free Article Join Over 1 Million Premium Members And Get More In-Depth Stock Guidance and Research
By John Rosevear – Apr 2, 2020 at 9:33AM

BMW, Daimler, and VW are worried about their supply chains.

German Chancellor Angela Merkel and executives at Germany's automakers are pondering when and how to restart automotive production, amid fears that some key suppliers may not have the cash to wait out the coronavirus pandemic.

The immediate problem: While the German automakers all have adequate liquidity to survive for a while, some of the industry's suppliers will be in danger of failing if factories aren't reopened soon. 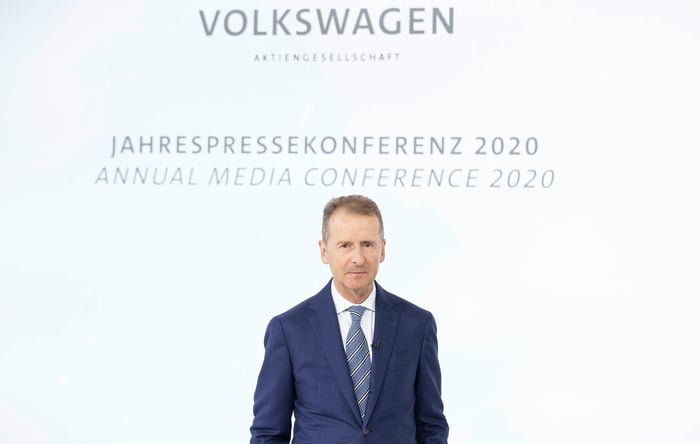 The German government's concerns are centered on workers' health, according to reports. Merkel and the CEOs discussed ways in which the automakers could minimize the risk of spreading the virus from worker to worker once factories are restarted.

The health concerns echo those heard from the United Auto Workers labor union and U.S. automakers. Ford Motor (F -0.67%) said earlier this week that it has postponed a prior plan to restart a few of its factories in the U.S. and Mexico this month, in part because of the UAW's worries about worker safety.