When people have an opportunity to check out the competition, they still choose Netflix.

Back in November, Netflix (NFLX -2.25%) CEO Reed Hastings said the best way to judge success in the streaming wars is how much time consumers spend with each service. And while Disney (DIS -3.79%) has racked up a lot of Disney+ subscribers in a short amount of time, it's not quite drawing the same engagement as Netflix.

While everyone's spending a lot more time at home streaming video, Netflix is taking more than its fair share of viewing. Thirty-five percent of people are watching more Netflix than any other streaming service, according to a March 29 survey from Morning Consult. The next closest competitor is Disney's Hulu, at 10%. Disney+ came in at 4%.

Of course, Netflix should be winning the plurality of time spent. It has 61 million subscribers in the United States. But it's winning an outsize portion of streaming time based on the subscriber counts for Disney's streaming services. Hulu ended 2019 with about half as many subscribers as Netflix, and Disney+ had 28.6 million subscribers, most of them in the U.S., as of the end of January. If those services were providing the same value as Netflix, the gap between people primarily using Netflix and primarily using either of Disney's services would be much smaller. 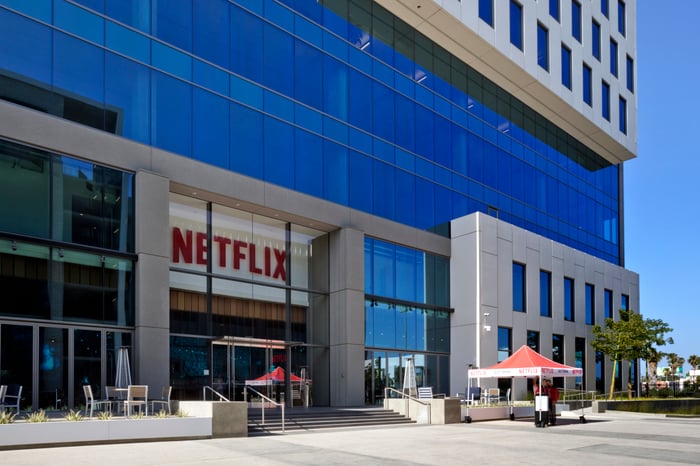 Netflix is the core of any streaming video portfolio

The behavior of respondents suggests Netflix is the core of any streaming portfolio. While services like Hulu, Disney+, and Amazon Prime may attract tens of millions of subscribers, those subscribers view them as a supplement to Netflix.

Even with other subscription and ad-supported options entering the market, Netflix engagement appears just as strong as ever. That suggests users are unlikely to cancel their subscriptions in favor of exclusively watching content from another service.

Indeed, the success of Disney+ (or any other service) mainly serves as validation of Netflix's value. Consumers are willing to pay twice as much for Netflix as they are Disney+ because it provides enough value to justify the price.

Netflix says subscribers watch over 2 hours of Netflix per day, on average. By comparison, Disney says Disney+ subscribers spent between 6 hours and 7 hours per week in the first few months of its launch. (It remains to be seen whether that engagement sticks.) In other words, they're priced about equal per hour of engagement.

But for consumers looking to make up the gap left by the 4 hours of linear TV the average American watches every day, they'll need Netflix and then some. That is to say, there can be multiple winners in the streaming wars.

But not everyone can be a winner

Consumers are definitely streaming more while they're staying at home. They're even signing up for more streaming services, as indicated by Morning Consult's survey. It saw a 5-percentage-point increase in people who signed up for a streaming service this year compared to a March 5 survey.

As demand for streaming video increases, so does the number of subscriptions consumers are willing to pay for. And the long-term trend is for streaming to grow more popular than linear television.

But not every streaming service will provide enough value for the price and win enough subscribers to succeed. HBO Max, for example, is AT&T's (T 2.24%) attempt to broaden the reach of HBO while establishing a more direct relationship with its audience. It'll be priced at a premium when it launches next month, and it's not clear it can provide the same value in terms of time spent as Netflix or even Disney+ and Hulu.

Even Apple's (AAPL -2.54%) foray into streaming, which is intentionally positioned to supplement other streaming services, is having trouble engaging its audience. It was the top choice for just 1% of Morning Consult's respondents.

The metric investors need to be paying attention to when executives provide an update on subscriber numbers for their respective streaming service isn't how many people signed up, but how many hours per week they stream. Disney had good numbers and happily reported them -- although it made no commitment to reporting them in the future. If management doesn't disclose engagement metrics, it may be a warning sign that its subscriber base might not stick around.