It would be an understatement to say March was a rough month for the energy sector. Crude prices cratered a stunning 54% for the month due to the dual shockwaves from the COVID-19 outbreak and the collapse of OPEC's market support agreement with Russia. That caused most oil stocks to nosedive last month.

One energy stock, however, that held up reasonably well was TC Energy (TRP 1.02%). Shares of the Canadian pipeline giant are only down about 17% this year. That softer landing is due in large part to the stability of its cash flow and strength of its financial profile.

Meanwhile, the sell-off in its stock price provides investors with an opportunity to buy shares at a cheaper price and a higher dividend yield, with it recently rising above 5%. That combination of financial strength at a more compelling value makes it a top stock for income seekers to consider buying this April. 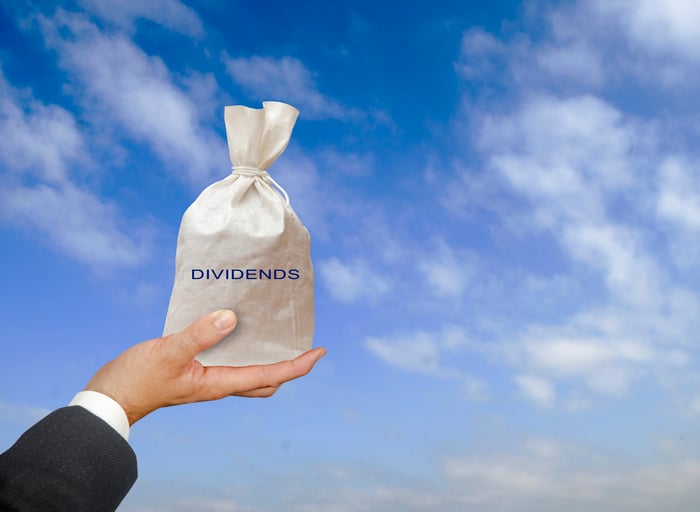 One reason TC Energy's stock has held up better than most others in the energy sector is the stability of its cash flow profile. There's minimal variability in its earnings because 92% has no exposure to volume fluctuations or commodity prices. In other words, it gets paid even if its customers don't use their contracted capacity.

Meanwhile, TC Energy only pays out about 40% of its steady cash flow via its high-yielding dividend, which is one of the most conservative levels in the pipeline sector. That not only provides it with lots of cushion, but also enables it to retain a significant amount of cash to reinvest in expanding its energy infrastructure network. The company complements its rock-solid cash flow profile with the top credit rating in its sector.

TC Energy's low-risk business model has proven itself during times of crisis. Its earnings have steadily grown over the past two decades, despite several rough patches like the financial crisis in 2008-2009 and the oil price collapse in 2014. Because of that, it has been able to increase its dividend in each of the last 20 years.

TC Energy entered this latest downturn in an even stronger position than previous ones. That's because it spent the past several years repositioning its portfolio by selling assets with more volatile cash flow streams, and using the cash to firm up its balance sheet and invest in new assets that have stable cash flow profiles.

The company currently has more than 30 billion Canadian dollars ($21.1 billion) of contractually secured expansion projects under construction that should come online through 2023. These projects should grow the company's earnings at an 8% compound annual rate through at least 2022.

Meanwhile, it has lots of growth coming beyond that timeframe due to the timing of some of its recently approved expansion projects -- including the Keystone XL Pipeline project that it sanctioned this week -- and the roughly 50 billion Canadian dollars ($35.2 billion) of additional expansions it has in development. Those future additions will not only grow TC Energy's earnings, but also further improve its stability, with the company projecting that 98% of its income will come from sources unaffected by volumes and commodity prices by 2023.

Because of that anticipated growth in stable income, TC Energy believes it can continue growing its dividend over the next few years. It currently expects to increase its payout by another 8% to 10% through next year, and sees the potential for 5% to 7% yearly growth beyond that timeframe.

A great time to buy this top-notch income stock

TC Energy has grown its dividend each year over the past two decades despite enduring several challenging market periods. Meanwhile, it's entering this current downturn in an even better position than previous ones.

Because of that, it should have no problem continuing to pay a growing dividend in the coming years. That rock-solid income stream makes it an excellent stock for dividend investors to buy this month.