The company is preserving cash to weather this storm.

Vail Resorts (MTN 1.63%), an operator of 17 mountain ski resorts in North America and Australia, just announced the suspension of its dividend for the next two quarters, as well as several other cost-cutting initiatives. At $131.73 per share, the stock is down 48% from its year-to-date high of $254.78. Here's what investors need to know.

When Vail Resorts reported its fiscal 2020 second-quarter results on March 9, it withdrew its previously issued full-year guidance, citing the effects of the coronavirus outbreak. Management said it saw a negative effect during the first week in March, including a modestly lower number of destination skiers, who are out-of-state and international guests. 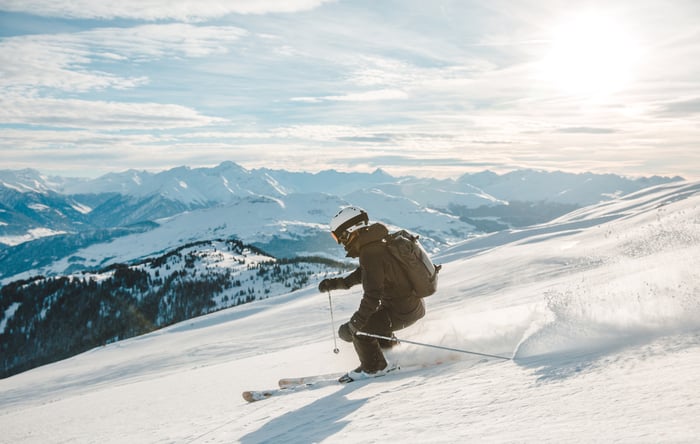 Just last week, Vail announced a business update that included major changes to its operating budget and capital allocation plans. These changes include:

No shareholder likes to see a company need to implement such stringent measures to preserve cash during a downturn. But with the ski resorts, retail stores, and lodging properties all closed for now, and the company's North American summer season likely to be negatively affected as well, the company has no choice. Not many businesses can operate for very long without revenue, and Vail is no exception.

The company had only a small cash cushion of $126.8 million at the end of January, but it supplemented that in mid-March by drawing on two of its revolving credit facilities to the tune of approximately $524 million. All together, the company probably has about $650 million of cash on hand at the moment and another roughly $102 million available to borrow under those credit facilities.

The question is: Will that be enough to fund its reduced operating expenses, required debt service payments, and any critical capital spending requirements without having much, if any, revenue for the time being? That seems likely. Fortunately, the company doesn't have significant debt maturities until 2024, although it is required to pay off $15.6 million of debt each quarter.

On the bright side, summer is the company's seasonal low point, and COVID-19 hit after most of the ski season was over. And every September, the company brings in a lot of cash in the form of prepaid ski season passes. For example, last year, the company brought in $195 million of cash during that period, which gets booked as deferred revenue, cash the company receives in advance of actually earning it during the ski season. As long as the 2020 to 2021 North American ski season is operational, even at a reduced level of activity, Vail's financial position should remain adequate.

Certainly, investors should expect awful financial performance from Vail for the next several months. But the company appears to have enough cash on hand to weather the storm. While Vail investors will miss their dividends for the next two quarters, the company needs that liquidity to ensure it will prosper long term after getting past COVID-19. When that happens, long-term investors should be rewarded for picking up the stock at these beaten-down prices.