Please ensure Javascript is enabled for purposes of website accessibility
Log In Help Join The Motley Fool
Free Article Join Over 1 Million Premium Members And Get More In-Depth Stock Guidance and Research
By Andrew Tseng - Mar 12, 2020 at 8:45AM

Pepsi (PEP -0.04%) is a steady business that pays a 2.9% dividend yield, which isn't bad -- but income-seeking investors can do better. While there are many stocks generating high single-digit or even double-digit dividend yields, investors need to be cautious about investing in these because many of them are declining businesses, have excessive levels of debt, or face other risks that cast doubt on the sustainability of their dividends.

The dividend-yielding companies investors should want to own are high-quality, growing businesses that will almost certainly continue their track record of raising dividends every year. If you like the sound of that, here are three great companies that fit the bill.

The big thing Vail Resorts has going for it is the supply of ski mountains is essentially fixed. New competitors can't make new ski mountains, so there is virtually no risk of new skiing competition. This is also a business where most of the operating costs are fixed, which means the next visitor or skier is very profitable. 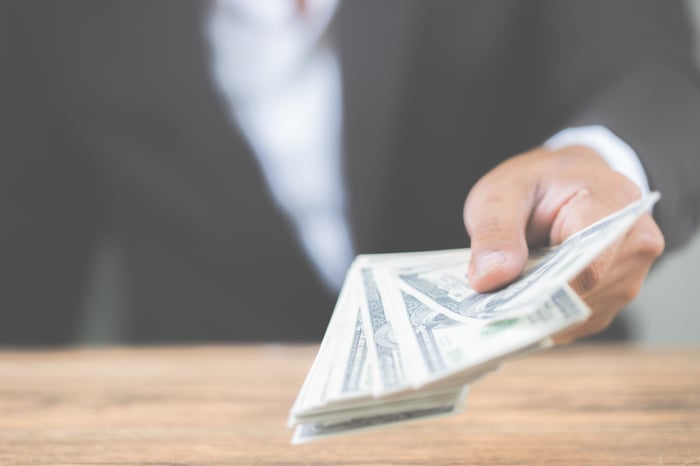 Vail has done an incredible job over the years with its Epic Pass program. With Epic Pass, avid skiers can ski at any one of Vail's mountains worldwide. That creates a scale advantage other individual mountains can't compete with. The company has raised the price of the Epic Pass at an average rate of 4.5% per year since it launched in 2008. Clearly, the company has shown impressive pricing power, which has helped the stock appreciate by more than five times in the 11 years since then. That's a 15.7% average annual rate, and that doesn't even include the dividends the company has paid over the years.

With the stock at $185.03 per share, the company's $1.76 per share quarterly dividend is a 3.8% annual dividend yield. That's far better than Pepsi's 2.9%, plus Vail Resorts is growing revenue and profit faster than Pepsi.

Lamar Advertising (LAMR -0.36%) is one of the largest outdoor advertising companies in the United States. Lamar owns 157,800 billboards in the U.S. and Canada, as well as 3,500 digital billboards. The attractive thing about this business is outdoor advertising is one of the new "old school" advertising methods that isn't being disrupted by digital advertising from Alphabet's Google, Facebook, Amazon.com, and others. As long as people continue to drive on highways, which seems highly likely to persist indefinitely, people will see Lamar's advertising. That means advertisers will pay Lamar for the ad space. It's even possible that we end up driving more in the long-term if we're driven around by autonomous cars.

Lamar is also converting some of its static billboards to digital billboards. These digital billboards rotate the advertisement every so often and do so without the need for someone to visit the board and change the copy. That reduces operating costs. Digital boards also generate more revenue because there is more demand for digital spots that can be changed on the fly and don't require long-term advertising commitments. In addition, a broader variety of advertising partners finds that sort of medium useful. For example, a restaurant that's advertising a dinner special for that night only or a retailer off the next exit that's advertising a one-day sale.

Lamar has grown its revenue and operating profit at 5.3% and 6.2% average annual rates over the last five years. The annual dividend has been raised every year since 2014 when Lamar converted to a real estate investment trust (REIT) for federal income tax purposes. At $74.90 per share, the stock's $1 per share quarterly dividend is a 5.3% annual dividend yield. That's way better than Pepsi. Certainly, advertising is a more cyclical business than snacks and soda, but long-term investors should still be rewarded.

Fastenal (FAST 0.42%) is one of the largest industrial distributors of fasteners and supplies in the United States. Since its founding in 1967, the company has grown to a $5.3 billion revenue business. Two factors have enabled that growth. First, it competes in the $140 billion North American industrial distribution market. As a small fish in a huge pond, it's been able to grow without market penetration constraints. Second, it has a stellar reputation for customer service and fair prices.

The company also operates a growing fleet of industrial vending machines and on-site locations that are integrated with its customers' facilities. These businesses provide customers with instant access to supplies, which improves customer satisfaction while both increasing revenue and lowering operating costs. The company now has 89,937 installed vending machines along with 1,114 on-site locations, which now make up 35% of its total public locations.

Fastenal pays a $0.25-per-share quarterly dividend, which amounts to a 3.2% annual yield at the current $31.09 per share stock price. That's better than Pepsi's 2.9% yield and Fastenal is a higher quality business that has a much better growth profile. Investors should consider swapping Pepsi for one or more of these dividend-paying stocks.